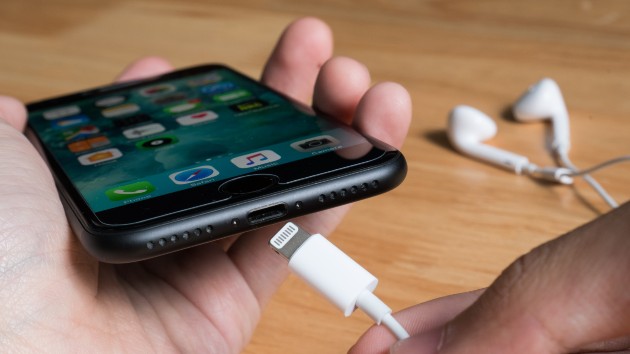 Wachiwit/iStock(NEW YORK) — European lawmakers are pushing for a universal cellphone charger, arguing it is more environmentally friendly and more convenient for consumers, a move that could bring an end to Apple’s exclusive lightning cable. Members of the European Parliament are calling for “binding measures for chargers to fit all mobile phones and other portable devices,” according to a statement issued on Monday after a debate.The common charger could be used for “all mobile phones, tablets, e-book readers and other portable devices,” the statement added. The policymakers argued the move will reduce electronic waste “and make consumers’ life easier,” and that old device chargers generate more than 51,000 metric tons of electronic waste every year.Apple argued in a public feedback form that the proposal would impede innovation and be disruptive for the more than one billion consumers using Apple devices with a lightning cable. “Regulations that would drive conformity across the type of connector built into all smartphones freeze innovation rather than encourage it,” the company argued. “Such proposals are bad for the environment and unnecessarily disruptive for customers.” “We want to ensure that any new legislation will not result in the shipment of any unnecessary cables or external adaptors with every device, or render obsolete the devices and accessories used by many millions of Europeans and hundreds of millions of Apple customers worldwide. This would result in an unprecedented volume of electronic waste and greatly inconvenience users,” Apple added.The proposition was originally introduced more than than five years ago but lawmakers at the time took the approach of encouraging the industry to develop a common charger without any enforcement. Parliament members argued this week that the “voluntary agreements between different industry players have not yielded the desired results.” The parliament will next hold a vote on the common charger proposal though a date has not been set. Copyright © 2020, ABC Audio. All rights reserved.