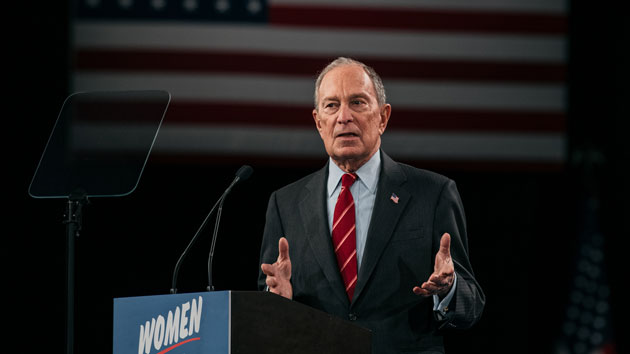 Scott Heins/Getty Images(NEW YORK) — The Federal Election Commission on Friday granted Mike Bloomberg’s campaign an additional 45 days to file his mandatory personal financial disclosure form.That extended deadline, March 20, means the multibillionaire former mayor of New York City won’t have to disclose additional details on his considerable private fortune until more than two weeks after Super Tuesday.Millions already will have voted in states on which Bloomberg is staking his entire 2020 gambit — slightly fewer than than half of the delegates in the race will be on the table.Bloomberg’s campaign cites his late entry into the Democratic primary as the reason, along with the intricacies of his paperwork.”Mr. Bloomberg, who became a candidate for President of the United States on November 21, 2019, has made diligent efforts to prepare his report,” Bloomberg’s counsel wrote in requesting the extension. “Nevertheless, due to the complexity of his holdings and the need to obtain certain information from third parties, Mr. Bloomberg needs additional time to gather and review his financial information and complete and file his report.”The FEC’s decision comes as Bloomberg has poured unprecedented sums into his bid for the White House, blanketing the airwaves with ads, and a staff swelling to more than 1,000 fanned out across 33 states, including every single one voting on Super Tuesday.Pushed for additional details regarding what kind of “complexity” his holdings might have, his campaign declined to comment. Copyright © 2020, ABC Audio. All rights reserved.