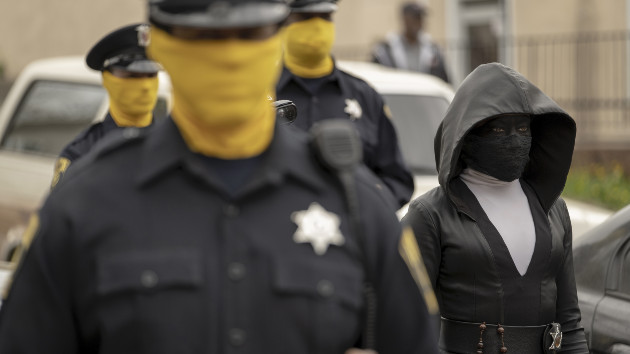 Mark Hill/HBO(NEW YORK) — Despite acclaim and a cliffhanger ending to its freshman season, it’s likely that HBO’s Watchmen won’t get another. According to USA Today, Damon Lindelof, who adapted the Alan Moore/Dave Gibbons graphic novel-turned movie to the small screen, has stepped away from the show.

The series was set in an alternate version of 2019; Emmy winner Regina King stars as a Tusla detective and secret vigilante in an America torn apart by racial strife.

Although he tells the paper he’s “given his blessing” his blessing for HBO to continue without him, HBO programming chief Casey Bloys tells USA Today that the network reportedly won’t. “It would be hard to imagine doing it without Damon involved in some way,” noted Bloys.