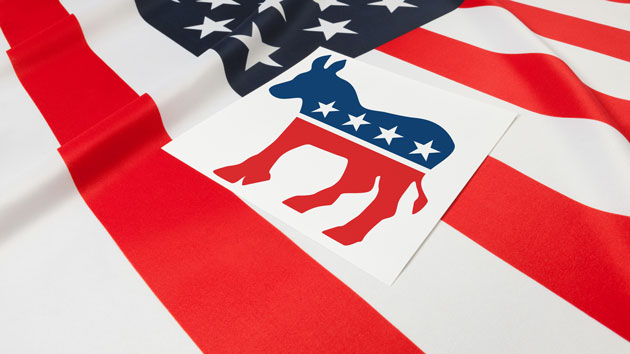 Niyazz/iStock(WASHINGTON) — The Democratic National Committee announced the qualifying rules for the Democratic debate on Feb. 7, the first matchup after voting begins, which will be hosted by ABC News, ABC’s New Hampshire affiliate WMUR-TV and Apple News.The slightly modified criteria for the debate, which is sandwiched evenly between the Iowa caucuses on Feb. 3 and the New Hampshire primary on Feb. 11, includes the previous criteria of qualifying through the polling and grassroots thresholds but it also includes a new, second pathway to qualify. Any candidate who is awarded at least one pledged delegate to the Democratic National Convention based on the results of the Iowa caucuses, as reported and calculated by the Iowa Democratic Party, will be able to participate.On caucus night, 41 pledged delegates are up for grabs in Iowa.To clinch a podium on the debate stage, candidates can also meet both the polling and grassroots fundraising requirements, with the same thresholds as the January debate. The polling requirement will no longer include Iowa polls because, as the DNC says in its news release, “a candidate’s support in Iowa will be reflected through the results of the Iowa caucus instead of Iowa-specific polling.”The first pathway of the polling requirement is the four-poll threshold: candidates must earn at least 5% support in four national or early state polls from New Hampshire, Nevada and/or South Carolina. In order to count as qualifying polls, the polls must be sponsored by different organizations, or if sponsored by the same organization, cover different geographical areas.The second pathway is the early state polling threshold: Candidates must get at least 7% support in two early state polls, again from only New Hampshire, Nevada and/or South Carolina. Unlike the first path, these polls can be sponsored by the same organization and can also be conducted in the same geographical area.The polls must be released between Dec. 13 through Feb.6, the day before the debate. Additionally, the polls must be sponsored by one of the organizations or pairs of organizations from the following list determined by the DNC: The Associated Press; ABC News/Washington Post; CBS News/YouGov; CNN; Fox News; Monmouth University; NPR/PBS Newshour/Marist; NBC News/Wall Street Journal; NBC News/Marist; New York Times/Siena College; Nevada Independent/Mellman Group; Quinnipiac University; University of New Hampshire; USA Today/Suffolk University; Winthrop University.The DNC said it could add another Nevada-specific and/or South Carolina-specific polling sponsor to this list.To meet the grassroots fundraising threshold, candidates must accrue at least 225,000 individual donors and a minimum of 1,000 unique donors per state in at least 20 U.S. states, U.S. territories or the District of Columbia.Candidates have until 11:59 p.m. ET on Feb. 6 to hit this threshold.With the donor requirement still intact, the rules appear to preclude presidential contender Michael Bloomberg from qualifying for the debate since he is self-funding his campaign and not soliciting any donations. He has met the polling threshold, according to an ABC News analysis.”I hope the DNC change its rules – I’d gladly participate – but I’m not going to change my principles,” Bloomberg wrote in a CNN op-ed. “So I’m traveling the country taking my message directly to voters – and as a result, President Trump is now finally facing opposition from a candidate in the battleground states.”The DNC outlined the new rules on Friday for the crowded field of 12. More details for this debate, including moderators, will be announced at a later date.Under these new rules, the candidates who appear to have cleared the polling and grassroots fundraising thresholds, according to an ABC News analysis, are former Vice President Joe Biden, former South Bend, Indiana, Mayor Pete Buttigieg, Minnesota Sen. Amy Klobuchar, Vermont Sen. Bernie Sanders, billionaire Tom Steyer and Massachusetts Sen. Elizabeth Warren.Andrew Yang, the political novice who missed the cut for the January debate but was the only candidate of color who participated in the December clash, has met the donor requirement but remains two polls shy of crossing the polling threshold, according to an ABC News analysis. None of the other candidates have a single qualifying poll.The New Hampshire debate, which will be held at St. Anselm College in Manchester, will air across ABC, WMUR-TV, which is owned by Hearst Television, Apple News and on ABC News Live, ABC’s streaming channel available on the ABC News site, app, and OTT media services.The DNC previously announced two other debates that will held throughout the month of February. NBC News and MSNBC, in partnership with The Nevada Independent, hosts a Feb. 19 debate in Las Vegas prior to Nevada’s caucuses. CBS News and the Congressional Black Caucus Institute co-host the debate before South Carolina’s primary on Feb. 25 at The Gaillard Center in Charleston, South Carolina and Twitter will be a debate partner.Qualifying criteria for those two debates have yet to be announced.Throughout 2019, the party imposed more rigorous qualifying rules as the primary season deepened — oftentimes putting the committee at odds with the presidential contenders, leading to lower-polling candidates being excluded from the stages.This is the second debate hosted by ABC News following September’s matchup at Texas Southern University, a public, historically black university in Houston, which was co-hosted with Univision. That debate featured a roster of 10 candidates, with Biden and Warren, the two polling front-runners at that point in the primary, tangling on the same stage for the first time. They have since stood shoulder-to-shoulder at center-stage in every matchup succeeding that debate. Copyright © 2020, ABC Audio. All rights reserved.