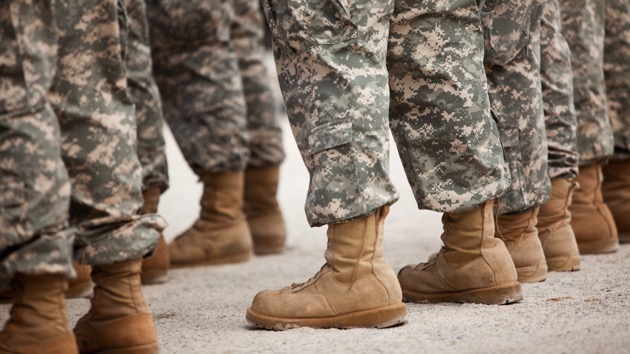 MivPiv/iStock(WASHINGTON) — A Pentagon decision that could lead to a reduction in the number of U.S. troops in West Africa could come within four to eight weeks, according to Gen. Mark Milley, the chairman of the Joint Chiefs of Staff.The possible troop cut has drawn concerns that it could come at a time when the threat in the region from violent extremist groups is growing.For months, U.S. Africa Command (AFRICOM) has been reassessing the mission priorities of the 5,200 troops currently stationed in Africa, part of a worldwide review by U.S. military commands to determine whether some missions should be cut in scope to realign their forces, resources and capabilities with the military’s strategic focus on China and Russia.The main focus of AFRICOM’s review has been on the hundreds of American troops operating in West Africa who are providing logistical, intelligence and special operations support to the French military mission against Islamic extremist groups operating in Mali, Niger and Burkina Faso.Once AFRICOM’s review is concluded Defense Secretary Mark Esper is expected to decide whether to accept the command’s recommendations that may or may not include a possible troop cut in western Africa.”I’d expect realistically that the AFRICOM review will be over and we’ll probably get secretary-level decisions — hard decisions, my guess is — in a month or two maybe, maximum, maybe six weeks,” Milley told reporters with him as he flew back to the United States from Europe, where he held meetings with his NATO counterparts.News reports earlier this week that a U.S. troop withdrawal could occur sparked concerns from French officials.A French presidential source told Agence France-Presse that the U.S. made “irreplaceable” contributions to its operations in west Africa, particularly with intelligence gathering and mid-air refueling.”We would not be able to get these from other partners, especially when it comes to intelligence,” said the official, who added that France would be sharing its concerns with the U.S. “at all levels.”Milley said the U.S. is working with the French to determine whether the level of support the U.S. is providing France is “too much, too little, is it about right, and is it the right capabilities.”But the nation’s top military officer pushed back on the notion that “we are pulling out of Africa.””I think that’s a mischaracterization and an overstatement,” said Milley.”The proper term would be economy of force, which doesn’t mean zero,” he added. “It just means you’ve got to right-size it to the tasks and the threats at a level of effort that’s appropriate to achieve your objectives.”As the National Defense Strategy prioritizes the U.S. military’s focus on China and Russia, other geographic areas where the U.S. has operated in are becoming “economy of force” areas.”Economy of force means you are going to use the least amount of force to achieve the minimum amount of objectives that you can achieve in support of the broader main effort,” said Milley.Milley said one question being asked by military officials conducting the review is whether the U.S. should be the one providing all the military support in the region.”We certainly have capabilities, but the question is should they be applied or not,” said Milley. “Maybe there are other countries that have the same types of capabilities that are not contributing that could contribute.”The majority of AFRICOM’s 5,200 military personnel are serving at a base in the east African country of Djibouti where the U.S. supports Somalia’s fight against the al-Qaeda affiliated al-Shabaab terror group.The U.S. military presence in western Africa had historically involved the rotation of small numbers of U.S. troops helping to train local militaries.But that all changed when France intervened in Mali in 2013 to push back Islamic extremists who seemed poised to overthrow that country’s government.The United States quickly provided intelligence and logistical support to the original French mission. Since then, Africa Command has regularly deployed small teams of U.S. special operations forces to the region, primarily advising and assisting the Nigerien military.The number of American troops in western Africa peaked at 800 as the U.S. expanded a remote desert airstrip in Niger and turned it into a hub for drones used in intelligence-gathering missions around the region.But America’s growing military role remained little-known until October 2017, when four U.S. Army special operations soldiers were killed in an ambush. As a result of that incident, U.S. Africa Command increased the force protection and the resourcing of American military teams operating in western Africa.U.S. Africa Command is the first of the U.S. military’s regional commands to undertake the worldwide review of missions. Those responsible for South America, Europe, the Middle East and Asia will soon be undertaking their own reviews. Copyright © 2020, ABC Audio. All rights reserved.

Ngozi Fulani speaks out on racism she faced at Buckingham Palace