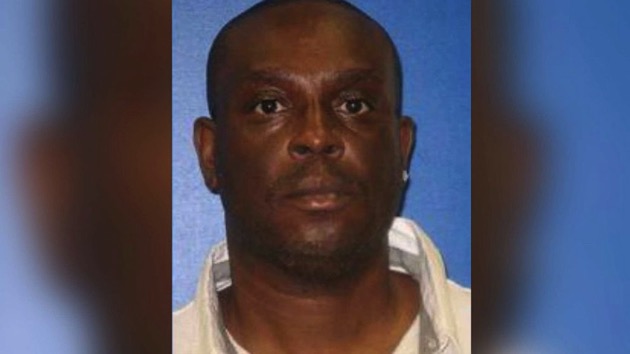 Fredrick Hampton, 50, is seen in this photo provided by the Jefferson County Sheriff’s Office(BIRMINGHAM, Ala.) — Alabama police have issued an arrest warrant for a registered sex offender who authorities say may have been involved in the death of 29-year-old Paighton Houston, who disappeared a month ago after texting her friends that she was in trouble.Houston’s body was discovered Jan. 3 in a shallow grave behind a home in Hueytown, about 15 miles from the Birmingham bar where she was last seen on the night of Dec. 20.After leaving the bar with two men, Houston texted one of her friends saying “she didn’t know who she was with and that she felt like she was in trouble,” her brother, Evan Houston, told Good Morning America after she went missing.On Thursday, Alabama police announced they had issued a warrant for the arrest of 50-year-old Fredrick Hampton, a registered sex offender, in connection with the case. Hampton, who police said was at large, is wanted for “abuse of corpse” after authorities say he disposed of Houston’s body.Police said they had no evidence at this point that Hampton was responsible for Houston’s death, but that Hampton could face additional charges if additional evidence is developed.”We have evidence that that victim and the offender were together on the night of Dec. 20, 2019,” said Deputy Chief David Agee of the Jefferson County Sheriff’s Office. “We have evidence that the victim died the next day. We have evidence that after the victim died, her body was disposed of in a criminal manner by Fredrick Hampton.”Authorities said they believe Hampton is familiar with the property where Houston’s body was discovered, with the property possibly being owned by relatives of Hampton.Asked if police had determined whether Hampton and Houston left the bar together on the night of Dec. 20 or if Hampton had coerced her in any way, Agree simply said, “We are saying they were together on Dec. 20. There is no evidence that there was any force.”In addition to the abuse of corpse charge, Hampton has been charged with violating the sex offender notification act.Copyright © 2020, ABC Audio. All rights reserved.