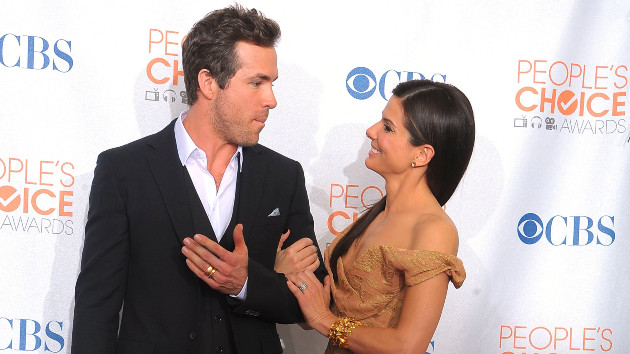 Photo by Jason Merritt/Getty Images for PCA(LOS ANGELES) — Friday is Betty White’s 98th birthday, and her co-stars in the 2009 romantic comedy The Proposal, Ryan Reynolds and Sandra Bullock, really wanted to celebrate.

In a video posted on Reynolds’ Twitter, the pair take turns serenading Betty with “Happy Birthday to You,” but it’s soon clear that they’re competing for her affection.

While Bullock gets the song rolling, Reynolds cuts into her verses, and the pair quickly try to out-do the other.

He adds, “What does Sandy do for you every year? Does she like, show up and hand-deliver flowers to you wearing nothing but black socks and a dozen gold bracelets, just like you requested? Doubt it.”

“I love you,” Bullock signs off, air-kissing the camera. Reynolds then breaks down in tears before, of course, the Golden Girls theme, “Thank You For Being a Friend,” closes out the birthday greeting. In The Proposal, Bullock played Reynolds’ highly-strung boss, who needs him to marry her so she can get a green card. White played Reynolds’ grandmother.