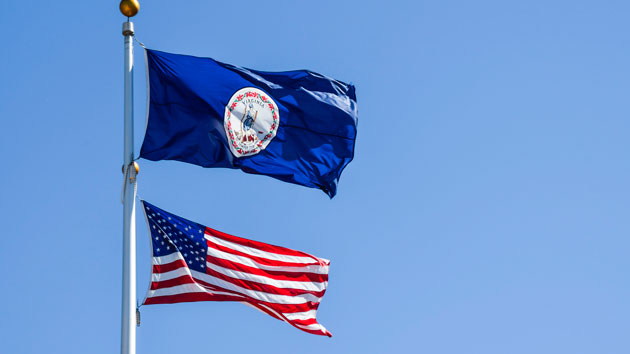 ablokhin/iStock(ALEXANDRIA, Va.) — Virginia is slated to begin its five-day ban on weapons from Capitol grounds Friday night in anticipation of Monday’s Lobby Day against pending gun control legislation.Efforts by gun rights groups Virginia Citizens Defense League and Gun Owners of America to block Gov. Ralph Northam’s order still were being debated in Virginia’s Supreme Court as the ban was planned for 5 p.m.Northam and state law enforcement leaders said they’d received credible threats that targeted Richmond Capitol Square and that the ban would help ensure there wasn’t a repeat of the violence at 2017 Charlottesville “Unite the Right” rally, at which James Alex Fields drove into a crowd and killed Heather Heyer.”I took this action to protect Virginians from credible threats of violence,” Northam said in a statement Thursday.Virginia’s state legislature, which has its first Democratic majority in over 20 years, is considering several major gun control measures, including universal background checks, a ban on assault rifles and a red-flag law that would give judges and cops the authority to remove guns from individuals believed to be threats.Virginia gun rights activists are planning a rally at Capitol Square and have invited others who share their views from other states to join them.”Without relief from this court, petitioners and thousands of other rally participants will be irreparably denied their right to bear arms,” the Virginia Citizens Defense League and Gun Owners of America wrote in their filing to the Virginia Supreme Court.Law enforcement authorities, however, stressed that the threats are real.On Thursday, the FBI arrested three alleged members of a neo-Nazi group who had with them guns and ammunition.Law enforcement sources told ABC News they were detained under suspicion that they would travel to Richmond “in anticipation of a possible race war.”The four-day ban lifts at 5 p.m. on Tuesday.Copyright © 2020, ABC Audio. All rights reserved.

Classified documents found at Mike Pence’s home and turned over to DOJ: Lawyer

DeSantis calls for permanent ban on COVID mask and vaccine mandates. Here’s what that means

Classified documents at Biden’s home were tipping point for a special counsel: Sources

Biden reflects on MLK in sermon at his Atlanta church: ‘Progress is never easy, but it’s always possible’