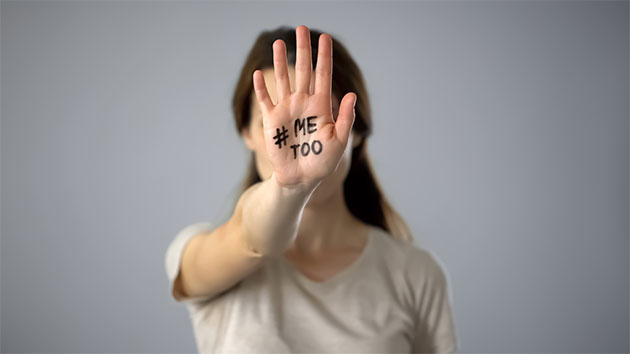 Motortion/iStock(NEW YORK) —  Presidential candidate Andrew Yang’s wife, Evelyn Yang, claims she was sexually assaulted by her OBGYN while she was pregnant with her first son, revelations she said she shared on CNN on Thursday to help other women.In the interview, the candidate’s wife said she faced months of abuse as a patient of Dr. Robert Hadden.“It started with inappropriate questions around how intimate I was with my husband, sexual activity, just very inappropriate, probing questions that were unrelated to my health,” she told CNN’s Dana Bash. “The examinations became longer, more frequent, and I learned that they were unnecessary most of the time.”Yang said the abuse escalated when she was seven months pregnant.“I was in the exam room, and I was dressed and ready to go. And then at the last minute, he kind of made up an excuse. He said something about I think you might need a C-section. And he proceeded to grab me over to him and undress me and examine me internally, ungloved. And at first I was a little bit like what’s going on here?” she said.Evelyn said that the outpouring of support for her and Andrew Yang on the campaign trail has inspired her to speak up about the assault, but says that at first she didn’t even tell the presidential candidate what had happened.“I certainly didn’t want Andrew blaming himself not being able to go with me to these doctors visits because, honestly, if he was with me in the room, if anyone was with me in the room this, obviously, wouldn’t have happened. And at the time, he was traveling a lot for his nonprofit,” she said.Months after the abuse she said she learned that Hadden had been accused of assaulting other women after Googling him when she received a notice in the mail that he had left his practice. It was at that point that she told her husband about the abuse.“He cried. And he wasn’t bawling. There were tears. And he said it’s because he remembered when I told — when I came home one day ranting about pervy doctors I said something like, why do they let men be gynecologists? It makes no sense. And he remembered that I had made this comment and he felt so bad. He felt guilty that he didn’t make the connection or ask anymore,” she said.Yang says she joined the Manhattan District Attorney Cyrus Vance’s case against the doctor, along with 17 other women, accusing the doctor of sexual assault. The doctor pleaded guilty to two charges involving two of the women, but Yang wasn’t one of them, according to CNN.According to court documents, Hadden pleaded guilty to sexually abusing two patients, one by “licking her vagina during a purported vaginal examination” and another by sexually abusing a female patient the doctor knew to be HIV positive, “with his ungloved hand.”The district attorney agreed to a plea deal with Hadden and the doctor lost his medical license, registered as the lowest level sex offender, and avoided jail time, according to CNN.In a statement provided to ABC News, District Attorney Vance said, “Dr. Hadden was a serial sexual predator who used access and power to take advantage of women in their most vulnerable states. We support all of his survivors, and applaud their strength and courage. Because a conviction is never a guaranteed outcome in a criminal trial, our primary concern was holding him accountable and making sure he could never do this again – which is why we insisted on a felony conviction and permanent surrender of his medical license. While we stand by our legal analysis and resulting disposition of this difficult case, we regret that this resolution has caused survivors pain.”Six weeks before Yang says she was assaulted, police arrested the doctor after a patient told them he “sexually assaulted her and licked her vagina during an exam.” His arrest was voided and he continued seeing female patients, according to CNN.There are now 32 women who accused Hadden of sexual assault.“The allegations leading to Robert Hadden’s 2016 guilty plea and allegations contained in subsequent complaints are abhorrent, and we deeply apologize to those whose trust was violated,” the university told ABC News in a statement.Attorney Isabelle Kirshner, who previously represented Hadden declined to comment when reached by ABC News.As the story aired on CNN, Andrew Yang tweeted, “I love my wife very much.”“I’m extraordinarily proud of Evelyn for telling her story, and my heart breaks every time I think of what she had to experience. She is my best friend and the bravest woman I know. No one deserves to be harmed and treated the way she and countless other women have been. When victims of abuse come forward, they deserve our belief, support, and protection. I hope that Evelyn’s story gives strength to those who have suffered and sends a clear message that our institutions must do more to protect and respond to women,” Andrew Yang said in a statement to ABC News.Evelyn Yang, who previously fought to keep her name anonymous says she is speaking out now because she has a platform to talk about it.“I need to use that voice. I feel like it’s something that’s an obligation but also a privilege and a gift that I get to share my story now and also help other women. The process of getting to this point is very hard. You know, like I haven’t slept in days. This is very hard to come out,” she said. Copyright © 2020, ABC Audio. All rights reserved.