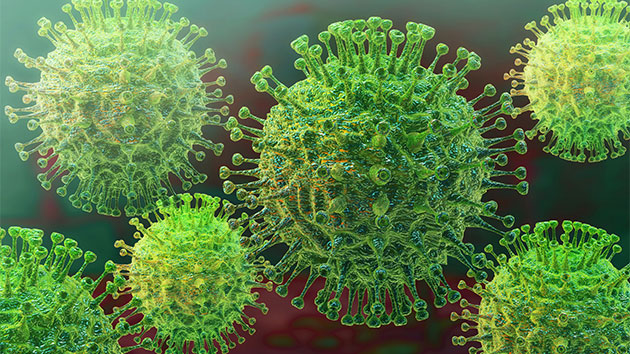 nopparit/iStock(BEIJING) — Chinese officials have announced 17 new cases of the new coronavirus, a SARS-like illness that began to spread in Wuhan, China, in December.The total number of coronavirus infections in Wuhan, the epicenter of the outbreak, is now at 62, Hong Kong’s Department of Health reported in a statement.Two patients, both older adults, have died from the virus, which is in the same family as SARS, MERS and the common cold. Another eight patients are currently hospitalized in serious condition.Travelers passing through San Francisco International Airport, New York’s John F. Kennedy International Airport and Los Angeles International Airport are being screened for pneumonia-like symptoms associated with the illness as concerns heighten that the virus will spread during increased travel for the Chinese New Year, which begins on Jan. 25 and ends on Feb. 8. On Thursday, a case of the coronavirus was reported in Japan. The patient, a man in his 30s, had traveled to Wuhan but did not visit the large seafood market in the city, which has been linked to many of the reported cases. Another case outside of China was reported on Monday in Thailand, where a Chinese tourist from Wuhan was hospitalized on Jan. 8.The novel virus is a new strain that has not previously been identified in humans. The seafood market was shut down and disinfected on Jan. 1, but new cases suggested that the risk of transmission is not over.There is no “clear evidence of sustained human-to-human transmission,” since neither the patient in Japan nor the one in Thailand had visited the seafood market, according to the World Health Organization. However, health officials have not ruled out the possibility.”There are indications that some limited person-to-person spread may have occurred,” the CDC said on Friday. On Jan. 10, WHO published a range of interim guidance for all countries on how they can prepare for this virus including how to monitor for sick people, test samples and treat patients but did not recommend any restrictions on travel.”Considering global travel patterns, additional cases in other countries are likely,” according to WHO.In 2003, a six-month outbreak of SARS in southern China sickened more than 8,000 people and killed 774, according to the Centers for Disease Control and Prevention.

All of Biden’s executive orders, and other notable actions, so far
Health care worker and mother of 2 loses home in fire, now her colleagues are stepping in
3 teens arrested in mysterious Colorado arson that killed 5 members of Senegalese family
Lawyer, single mom finds solace in community aid during COVID-19 unemployment
County apologizes for seniors having to wait outside in cold for COVID-19 vaccine
Federal officials misappropriated millions earmarked for biomedical research: Investigation