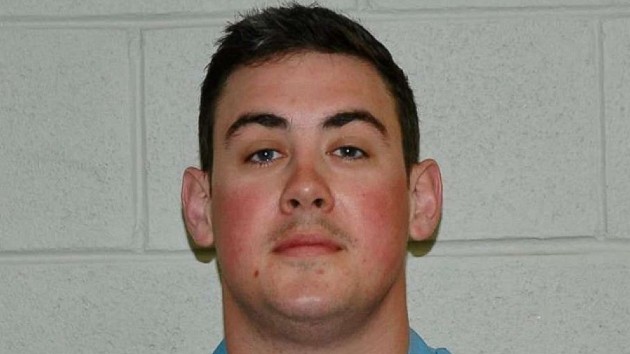 Berwyn Police Department(CHICAGO) — An off-duty police officer was killed as he sat in the passenger seat of a vehicle driven by an intoxicated woman who slammed into the back of a box truck that had crashed in a separate accident. The incident happened early Sunday morning around 6:00 a.m. when, according to Illinois State Police, Charles Schauer, 33, of Glen Ellyn, Illinois, was sitting in a car with Erin Zilka, 35, of Plainfield, Illinois, driving on I-55 in Will County. Unbeknownst to Zilka and Schauer, a previous accident involving two trucks had occurred just a short time beforehand and those vehicles had come to a stop in the right two southbound lanes of I-55 just north of U.S. Route 30 in Plainfield. Zilka, who was driving a Dodge SUV and was later arrested and charged with driving under the influence, didn’t slow down or move over when she was driving and then slammed into the rear of one of the box trucks involved in the earlier accident. Schauer was pronounced dead at the scene while Zilka was transported to an area hospital with non-life threatening injuries.“The subject from the Dodge Durango was not breathing … another subject was unconscious and another accident happened right in the area,” an official told ABC News’ Chicago station WLS-TV. “The City of Berwyn Police Department is grieving the loss of a well-respected Police Officer, Charles Schauer, a ten year veteran,” said the Berwyn Police Department in a Facebook post. “Officer Schauer was a passenger in a vehicle that was in an auto accident in Will County. The accident investigation is being conducted by the Illinois State Police. Our thoughts and prayers are with the Schauer family during this time of need.” Black bunting now hangs outside the Berwyn Police Department in honor of Schauer and the city’s mayor has asked for thoughts and prayers during this time of grief. It’s not known if the two other drivers were injured in either of the accidents but the investigation into both incidents is ongoing. Copyright © 2020, ABC Audio. All rights reserved.