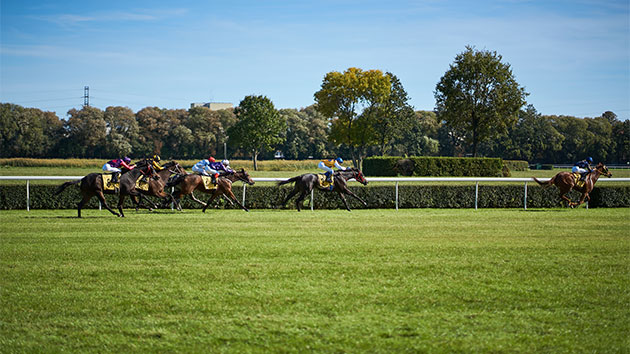 oska25/iStock(LOS ANGELES) — Three horses were euthanized this weekend at Santa Anita Park, the famed Southern California horse racing track that gained notoriety last year for the deaths of dozens of horses. A 5-year-old gelding named Uncontainable was euthanized after fracturing its front right ankle on Saturday, and a 6-year-old gelding named Harliss was euthanized Friday for the same reason, ABC Los Angeles station KABC-TV reported. Tikkun Olam, a 4-year-old gelding, was euthanized for undisclosed reasons after a training accident Sunday.A fourth horse, a 3-year-old gelding named Truest Reward, died after suffering an injury during training last month. A spokesman for the racetrack did not immediately respond to ABC News’ request for comment.The most recent euthanizations bring the total number of horse deaths at the park to 42 since December 2018. In a statement prior to Sunday’s death, PETA Senior Vice President Kathy Guillermo said, “Two horses dead in two days means horses are being forced to race when they shouldn’t be.””Uncontainable had two very long periods last year when he wasn’t raced, which likely indicates injury and the need for special attention by veterinarians,” Guillermo said. “If we at PETA can see that by looking at his racing record, surely the state veterinarians can too. The only acceptable fatality rate is zero, and if racing can’t be done without horses dying, it shouldn’t be done at all.” Santa Anita Park has been under intense scrutiny since the number of horse deaths began to rise last year.In June, after the death toll had climbed to 29, California Gov. Gavin Newsom called for the park to be shut down after it did not heed the California Horse Racing Board’s recommendation to suspend racing. Santa Anita decided to continue racing because it believed that the reforms enacted earlier in the year were working, a spokesman for The Stronach Group, a company that owns the park, told ABC News in June.The park announced a series of changes surrounding horse safety last March, including a “zero-tolerance” policy for the use of almost all medication on racing day. The California Horse Racing Board further voted to limit whips on racing day. Los Angeles County District Attorney Jackie Lacey announced in April that a task force would investigate whether unlawful conduct or conditions affected the welfare and safety of the horses. Mike Marten, spokesman for the California Horse Racing Board, said in a statement to ABC News Sunday that the board “is committed to reducing the number of racing and training fatalities.” “We already have introduced many safety measures and still others are going through the regulatory process,” Marten said. Copyright © 2020, ABC Audio. All rights reserved.