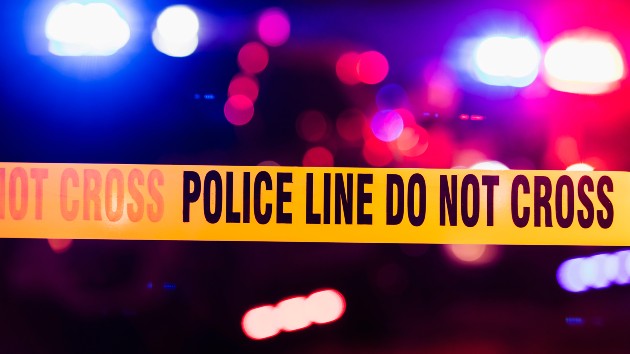 kali9/iStock(SAN ANTONIO, Texas) — Two people are dead and five injured after a person opened fire “indiscriminately” at a San Antonio bar Sunday night. The San Antonio Police Department responded to a shooting at a bar called Ventura, steps from the San Antonio River, at 8 p.m. local time. An altercation appears to have broken out between customers when one person pulled out a gun and began shooting, Police Chief William McManus said at a press conference Sunday night.In total, seven people were shot. A 21-year-old man died inside the club, while a second person in critical condition was later pronounced dead. Five people are currently being treated at area hospitals. Their conditions are unclear at this moment, police said.All of the victims appear to be patrons, McManus said. No employees of the bar were shot. No one is in custody, he said.”We’re working on that. I’m confident that we will identify the individual and have that person in custody sooner than later,” McManus said. Copyright © 2020, ABC Audio. All rights reserved.