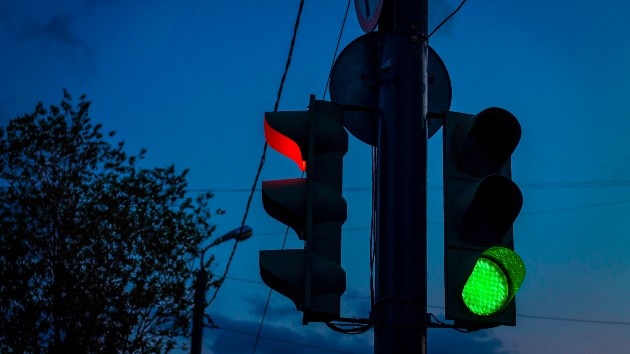 Нина Дроздова/iStock(FRESNO, Calif.) — A 56-year-old woman who was running across the street to get food for her family has died after being struck and killed by two cars in a tragic accident. Laura Bryant was in northeast Fresno, California, on Saturday night when she attempted to cross a busy street to get her family some food at McDonalds but, according to detectives, she didn’t use the crosswalk and poor lighting made it difficult for her to be seen. Bryant was in the third lane of the road when she was struck by a car. The impact of getting hit then sent her into the middle lane where she was struck by a second passing vehicle. Bryant was declared dead at the scene.”This is an absolute tragic event, but this shows the importance to not be running in the middle of the road at night on a busy road,” said Lt. Bill Dooley with the Fresno Police Department to ABC’s Fresno station KFSN-TV. “There’s dangers associated with that.” According to police, the driver of the first vehicle tried to stop when they saw the victim running across the road but it was too late. The driver of that vehicle was compliant with authorities and police say that he was licensed and not under the influence at the time of the accident.The driver of the second vehicle that hit Bryant did not stop at the scene and police are currently looking for that driver to get more information from them on the circumstances surrounding the accident. Police do not currently have a description of the second vehicle and the investigation is ongoing. Copyright © 2020, ABC Audio. All rights reserved.