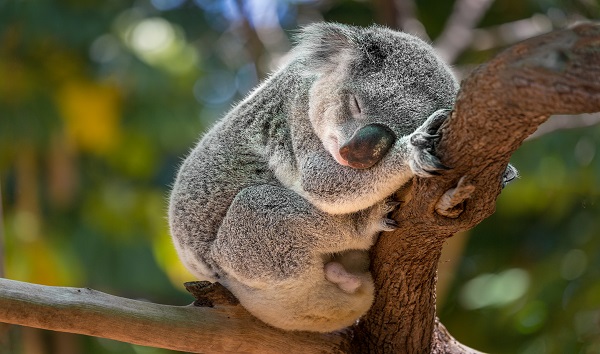 iStock(HINGHAM, Mass.) — A 6-year-old Massachusetts boy who started making clay koalas as a way to help the animals hurt in the Australia bushfires has raised more than $250,000 for relief efforts.Owen Colley, of Hingham, Massachusetts, lived in Australia for a few months as a toddler and has been asking his parents to go back to visit, according to his dad, Simon Colley, who grew up in Sydney.”My wife [Caitlin] said now is really not a good time and told him about the fires and he learned that not only were animals being hurt but a lot of them,” said Colley. “He was just visibly upset.”After that conversation, Owen, a kindergarten student, drew a photo of a koala, a kangaroo and a dingo in the rain and said that was his wish for Australia, according to Colley.”Caitlin asked him, ‘Did you want to help?"” Colley recalled. “And he said, ‘Yes."”The family decided to use Owen’s love for art and make small koalas out of the clay he plays with that they would then sell to family and friends and give the money to an Australian-based wildlife charity.They planned to make around 100 koalas and hoped to raise as much as $1,000 for charity. When a local newspaper decided to cover Owen’s koala sale, the family created a GoFundMe page with a goal of $5,000.Just over 10 days later, the Colleys have raised more than $250,000 for Wildlife Rescue South Coast Inc., a volunteer-run charity in Australia.”The charity is so lovely and appreciative,” said Colley. “We’ve put Owen on speakerphone so he can speak to them and find out how they’re helping animals.”More than 1 billion animals are estimated to have died in the devastating wildfires that began late last year, Christopher Dickman, a University of Sydney professor, said earlier this month.The Colleys have taken to doing what they call “joey math” to help Owen understand how the amount of money he has raised will be able to help animals in Australia.”He’s raised enough money to feed 900 joeys for a whole year,” said Colley. “We put it into terms like that so he can comprehend it, because once it got past $1,000 it was just a lot of money to him.”The Colleys have received orders for nearly 3,000 koalas as well as generous messages from people all over the world. The company that makes the clay Owen likes to use has donated clay to the family and another company stepped up to donate packaging materials to the Colleys.”We’re just so grateful for the number of people who wanted to be a part of helping make this happen,” said Colley. “This outpouring of love from all over the world is truly humbling.”The family is now working on creating a YouTube tutorial so that other kids can make koalas on their own.”The project was a way for Owen to process what was happening and feel that when there is a big problem happening there is something you can do,” said Colley. “If the goal of this was to make a little boy feel he could make a big difference, we want other kids to be able to feel that too.” Copyright © 2020, ABC Audio. All rights reserved.

Trial set to resume this week for David Barnes, American detained in Russia