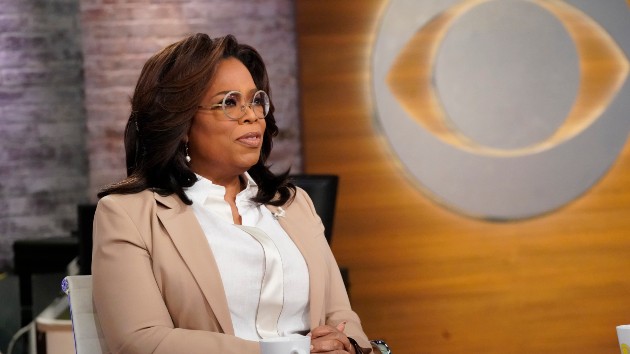 (LOS ANGELES) — Oprah Winfrey is clarifying her decision to step away from the On the Record doc, which centers on sexual harassment in the music industry, including the women who have accused mogul Russell Simmons of misconduct.

After announcing she would no longer serve as an executive producer on the project because she felt there was “still work to be done on the film,” Winfrey tells CBS This Morning that she didn’t pull out of the project because of Simmons’ reported intimidation.I just care about getting it right, and I think there are some inconsistencies in the stories that we need to look at,” Winfrey said.

Oprah, who’s also a victim of sexual assault, admits it wasn’t an easy decision to back out of the doc because of how people might perceive it as a win for Simmons. The music mogul has been critical of Winfrey’s involvement in the project, even going as far as calling her out on social media.

Ultimately, Winfrey said, the decision she had to make was, “What is the right thing to do?”

“[It’s] ridiculous to think I could be intimidated by Russell Simmons,” she added.