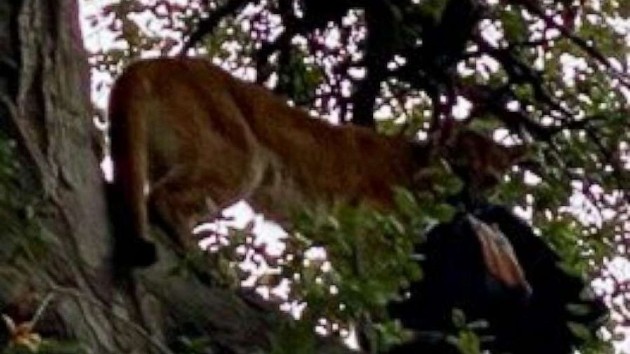 Orange County Sheriff’s Department(LOS ANGELES) — A small child was attacked by a mountain lion at a Southern California park on Monday, causing authorities to evacuate the scene while they raced to capture the wild cat. A 3-year-old boy was rushed to the hospital after the animal grabbed him by the neck as he and his family walked through Whiting Ranch Wilderness Park in Trabuco Canyon, about an hour south of Los Angeles, officials said.The child was transported to a local hospital and was listed in stable condition, according to the Orange County Fire Authority.The attack happened at around 4:15 p.m. local time. The Department of Fish and Wildlife gave local law enforcement the approval to euthanize the lion due to the public safety threat, the agency said.Authorities had evacuated the park while searching for the mountain lion. Officials briefed on the search told Los Angeles ABC station KABC-TV that the child’s father rescued him by tossing a backpack in the cat’s direction after the attack. The animal released the child, grabbed the bag and jumped into a tree, according to KABC. Mountain lion attacks are rare in California. The latest verified attack came in May 2019 at Los Peñasquitos Canyon Preserve in San Diego, according to the Department of Fish and Wildlife. There have been seven attacks since 2000, but only one was fatal. Copyright © 2020, ABC Audio. All rights reserved.