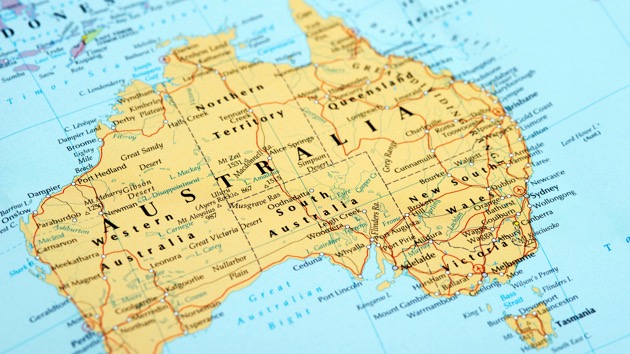 beyhanyazar/iStock(NEW YORK) — New geologic data reveals that a crater in Western Australia is likely the oldest impact structure on Earth, according to a paper published Tuesday in the journal Nature Communications.At roughly 2.2 billion years old, the approximately 40-mile wide Yarrabubba crater was previously considered to be among the Earth’s oldest meteorite impact structures, but lacked a precise age — until now.To calculate the age of crater, scientists analyzed recrystallized mineral deposits, according to Timmons Erickson, lead author of the new paper and a research scientist at NASA.”Without the precise age, we would have had no clue that Yarrabubba occurred at such an interesting time in Earth’s history,” he told ABC News.When life on Earth began to thrive, about 2.4 billion years ago, the atmosphere transitioned to having oxygen for the first time, Erickson said. During roughly the same time period, the Earth significantly cooled.Erickson and his coauthors hypothesize that if the meteorite that caused the Yarrabubba crater crashed into a continental ice sheet, it could have potentially produced enough water vapor to significantly warm the Earth.Although debris from craters older than the Yarrabubba crater has been found and dated in Australia and Africa previously, in those cases, scientists couldn’t identify the craters that corresponded with the debris they found. Copyright © 2020, ABC Audio. All rights reserved.