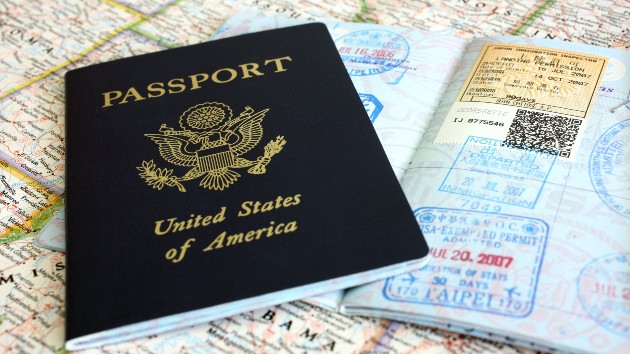 yenwen/iStock(WASHINGTON) — The Trump administration plans to move forward with a new rule aimed at stopping what it calls “birth tourism” — pregnant women traveling to the U.S. to have a “citizen child,” a State Department official confirmed to ABC News Monday. “This change is intended to address the national security and law enforcement risks associated with birth tourism, including criminal activity associated with the birth tourism industry,” the official said in a statement.The changes to State Department policy for temporary tourist and business visas are expected to come shortly, the official said. Axios was first to report the administration was moving forward with the rule change.Trump administration officials have publicly criticized birthright citizenship — a guarantee mandated by the 14th Amendment for anyone born in the country. Ken Cuccinelli, Trump’s former head of Citizenship and Immigration Services and now the No. 2 at the Department of Homeland Security, said a constitutional amendment would not be required to make changes to birthright citizenship. “I do not believe you need an amendment to the Constitution,” Cuccinelli told reporters in October. “I think the question is do you need congressional action or can the executive act on their own.” In a case last year, federal prosecutors indicted 19 for schemes that charged clients thousands of dollars with the promise of getting them to the United States for the purposes of giving birth. The defendants were charged with defrauding their victims and laundering money following a Homeland Security investigation. But ABC News contributor John Cohen, who served as a senior Homeland Security official under President Barack Obama, said instances of such schemes are rare and should not be considered a high priority national security threat. Officials have not provided a count of how many tourists travel to the U.S. to give birth, and it’s unclear how the administration plans to enforce the policy change. The State Department did not respond to additional questions about changes to the vetting process for visa applicants. “They’re embellishing the national security implications dramatically,” Cohen said. “Portraying birth tourism as a top tier national security issue is dishonest.”Former Immigration and Customs Enforcement Director Tom Homan has called the birthright citizenship a key “driver” of illegal immigration, suggesting it was behind the surge of asylum applicants who arrived at the southern border in 2019. “They think it’s their golden ticket to come to the United States,” he told Fox News earlier this month. “If the message we want to send to the rest of the world is: enter this country illegally, have a U.S. citizen child and you’re free to go, then we’re never going to solve the border crisis,” he added. Copyright © 2020, ABC Audio. All rights reserved.