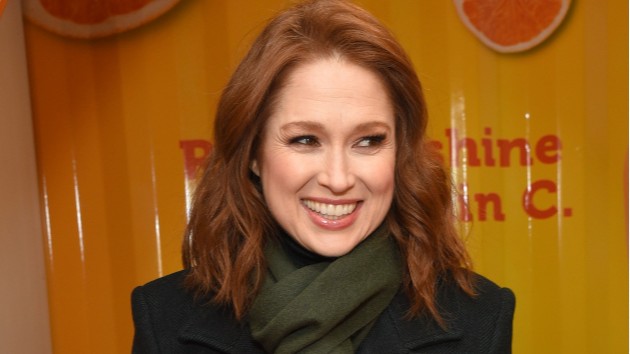 Photo courtesy MullenLowe(NEW YORK) — Actress Ellie Kemper is best known as the the eternally sunny Erin on The Office and the title character of the Unbreakable Kimmy Schmidt, so she seems like the perfect person to take in a very famous sunrise.

That’s exactly what she did Wednesday morning in New York City, watching a ‘Manhattanhenge’ sunrise. The phenomenon happens, generally, only four times a year — two sunrises and two sunsets — in which the sun rises or sets while being framed perfectly between NYC’s skyscrapers.

Kemper was on hand as part of Tropicana’s new “Sip Your Sunshine,” ad campaign, but she tells ABC Audio she was wowed.

“I was so thrilled when Tropicana came to me with this idea because I have lived in New York for years. I’ve never actually witnessed Manhattanhenge and it’s the perfect way to celebrate a moment of brightness,” Kemper said.

She added, “Seeing the sunrise, it was really powerful, it’s really magical. And it was just such a special way, I think, to celebrate a moment of brightness and and hope and feeling positive about everything.”

Speaking of feeling positive, Kemper dropped a few hints about the upcoming Kimmy Schmidt Interactive Special, set to run on Netflix later this year. “I haven’t seen it yet, so I’m excited to see it myself, and for fans to see it,” she admits.

“Basically, it’s a Choose Your Own Adventure. So every few moments are given a chance to choose what you want the characters to do, and the viewer has all the control. So I think it was a lot of fun to film.”