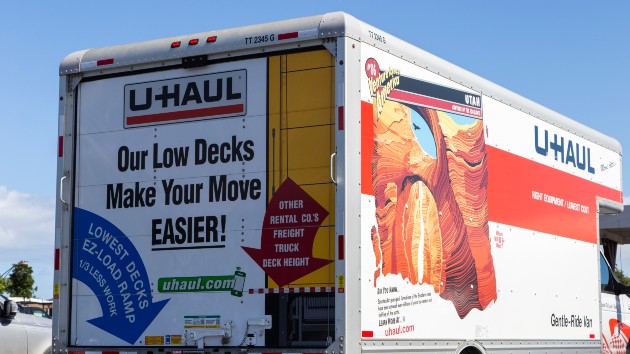 volkan.basar/iStock(HOUSTON) — A Houston grandmother has run over and killed one of her accomplices with a U-Haul truck while acting as the getaway driver in a high speed chase after a burglary. The incident occurred early Tuesday morning when Diwanna Corstera Thomas, a 54-year-old grandmother of seven, pulled up to a Sunny’s Food Mart in northern Houston with three accomplices in the truck. The three men she was driving then jumped out of the U-Haul and broke into the store by using bolt cutters to cut off the locks while Thomas acted as the getaway driver by waiting outside while the men burglarized the inside of Sunny’s Food Mart, according to ABC News’ Houston station KTRK-TV.While inside the store, surveillance footage shows the suspects stealing beer, t-shirts and smoking paraphernalia. They also tried to break into the ATM inside with the bolt cutters but failed before making off with their loot. An off-duty officer who happened to be at the scene witnessed the burglary and called other officers for support as the high speed chase began. “The chase was 25 miles and lasted 26 minutes,” a prosecutor said in court.At one point during the chase, one of the suspects jumped out of the moving vehicle but was arrested by some of the pursuing officers. But when the second man tried to do the same thing he fell off the U-Haul while clinging to the passenger side mirror and ended up being run over and killed when he went under the rear passenger-side tire of the truck. “He fell off and this caused the complainant to fall and become run over by the passenger side rear tires, resulting in the death of the complainant,” the court prosecutor continued. Thomas allegedly has a lengthy criminal history including charges of robbery, auto theft and drug convictions. Police also believe that the grandmother was either drunk or high during the criminal activity.Thomas had her first court appearance on Tuesday evening and could be seen wiping away tears as she stood before the judge. During the hearing, the public defender asked for $60,000 bond for the felony murder charge and $40,000 for the second charge. The judge ended up settling on $75,000 for each charge. She was also charged with aggravated assault against a public servant after she allegedly struck a police car with her truck while a police officer was inside. Thomas is next due back in court on Thursday. Copyright © 2020, ABC Audio. All rights reserved.