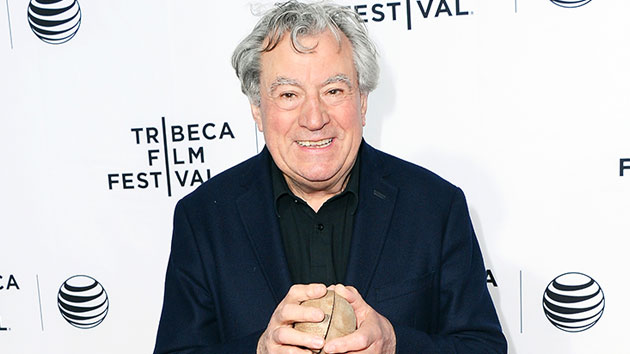 Stephen Lovekin/Getty Images for the 2015 Tribeca Film Festival(LONDON) Terry Jones, who as a founding member of the British comedy troupe Monty Python’s Flying Circus left an indelible mark on film and TV comedy, has died at 77.

The BBC quotes Jones’ agent as saying the entertainer “passed away on the evening of 21 January 2020 at the age of 77 with his wife Anna Söderström by his side after a long, extremely brave but always good humoured battle with a rare form of dementia, FTD [frontotemporal dementia].”

Jones revealed in late September 2016 that he’d been diagnosed with Primary Progressive Aphasia, a form of dementia that by then had already affected his ability to speak to the extent he was no longer giving interviews.

Born in Wales, Jones had already worked in TV comedy in the U.K. with fellow Pythons Eric Idle and Michael Palin before they joined Graham Chapman, John Cleese and American-born Terry Gilliam in 1969 to form the comedy troupe Monty Python’s Flying Circus.  Their TV series of the same name aired on the BBC through 1974, an inspired combination of surrealist silliness and bawdy British dance hall humor so unique, the adjective Pythonesque was coined to describe it.

In addition to co-writing and performing in Monty Python, Jones also co-directed the 1975 movie Monty Python and the Holy Grail with Terry Gilliam, and directed the subsequent Python films Life of Brian and Monty Python’s The Meaning of Life, in which he also memorably played the grossly obese Mr. Creosote.  He remained a member of Monty Python’s Flying Circus until his death, joining his fellow members in their many appearances and endeavors.

Outside of Python, Jones was a prolific writer of comedy, screenplays and even children’s books, and was also an expert on British medieval history, publishing several books and hosting television documentaries on the topic.  His last screenplay was for the 2015 Simon Pegg film comedy Absolutely Anything, which also featured Robin Williams’ final film performance.

Jones is survived by his wife, Anna Söderström, and their daughter, as well as two adult children from his first marriage.