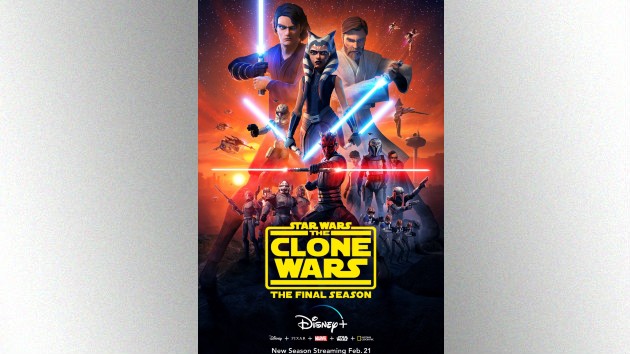 Now, Disney+ has dropped a brand-new trailer, revealing the seventh season of the Emmy-winning animated series will debut on the streaming service February 21.  ABC Audio has learned there will be twelve episodes in all, one premiering each week.

Created by George Lucas and The Mandalorian co-creator Dave Filoni, the series is set before the events of 2005’s Star Wars: Revenge of the Sith. It originally aired on Cartoon Network, until the Disney acquisition of Lucasfilm led to its cancellation in 2013.