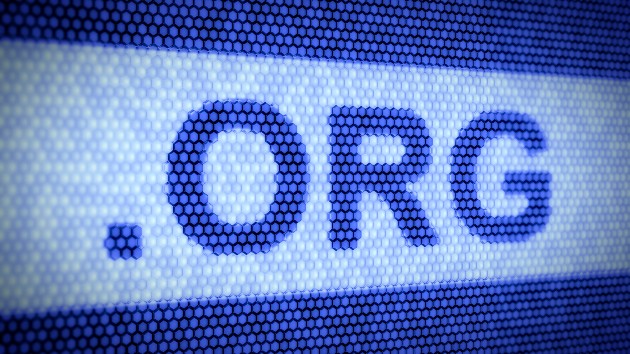 DenisKot/iStock(NEW YORK) — Some of the world’s biggest nonprofit organizations are banding together to fight the purchase of the “.org” internet address by a private equity firm, calling management of the domain a “human rights and social justice issue.” “.ORG is the place where civil society and NGOs reside in the digital environment,” read an open letter to the internet’s governing body, signed by leaders from groups including Greenpeace, Human Rights Watch, Amnesty International and the American Civil Liberties Union.The coalition of NGOs raised concerns over price-raising, surveillance and online censorship, among others. Their letter was released Wednesday in Davos, where world and business leaders gathered for the annual World Economic Forum conference. Currently, the domain is owned by Internet Society, a Virginia-based nonprofit that established the Public Interest Registry that manages the .org domain. The proposed acquisition by Ethos Capital, for more than $1 billion, was announced in late November. Ethos Capital said the firm has taken steps to address issues raised by the nonprofits.The group of NGOs is arguing the sale “undermines the safety and stability of the digital space for countless non-governmental organizations, their partners, and their broader communities.” “We believe the ownership and management of .ORG is a significant human rights and social justice issue,” the letter states. “This unique address is a critical channel for civil society to seek and receive information about human rights and other environmental and social justice issues, and to hold institutions accountable.”Last week, a group of Democratic lawmakers led by 2020 presidential candidate Sen. Elizabeth Warren, D-Mass., also wrote an open letter to the internet’s governing body, ICANN, opposing the acquisition. “The Ethos Capital takeover of the .ORG domain fails the public interest test in numerous ways,” the lawmakers wrote. “It threatens the quality and reliability of .ORG websites, and could severely limit access to these domains via price increases and ‘arbitrary censorship."” The letter was signed by Warren, Sens. Ron Wyden, D-Ore., Richard Blumenthal, D-Conn., and Edward J. Markey, D-Mass., and Reps. Anna G. Eshoo, D-Calif., and Mark Pocan, D-Wis.An Ethos Capital spokesperson told ABC News on Wednesday that “many facts have been misconstrued in the public discourse” and argued the “transaction serves the public interest in several important ways.” “First, it will ensure the long-term growth and development of the .ORG domain by enabling PIR to expand its work and the services it provides to the nonprofit community and other .ORG users in innovative and socially responsible ways,” the spokesperson said. “Second, it will provide essential support for the ongoing work of the Internet Society by providing a substantial endowment that will ensure its ability to continue its efforts to build a more accessible, inclusive and secure Internet around the world.” The company added that it will keep PIR’s current management team in place “so that .ORG will remain secure, reliable and stable.” It has also outlined pricing guidelines, which don’t exist, to ensure “that prices will stay low,” and that it will “enshrine these pricing commitments into the founding documents governing the operation of .ORG moving forward.” Finally, the company said it takes “freedom of expression very seriously, and the registry’s commitment to free speech will continue unabated” and that it’s creating a Stewardship Council that “will ratify strong rules protecting freedom of expression and safeguarding against censorship.”Copyright © 2020, ABC Audio. All rights reserved.