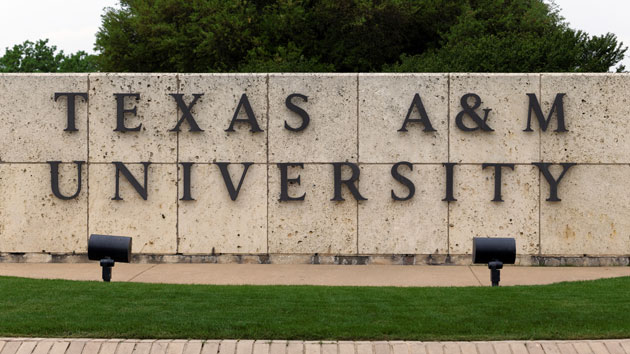 wellesenterprises/iStock(WASHINGTON) — Now: There are 616 confirmed cases of the new coronavirus in China, and 17 people have died from it.The majority of the sickened patients are in China, with Japan, Thailand, South Korea, Taiwan, Vietnam and the United States all confirming exported coronavirus cases.College student quarantined in TexasHealth authorities in Texas are investigating a suspected coronavirus case in a Texas A&M student, according to the local health department.The student, who recently traveled to Wuhan, went to an emergency department yesterday with a cough and congestion.”The patient we’re tracking had very mild symptoms,” Dr. Eric Wilke, of the Brazos County Health Department, said at a Thursday news conference.The patient is in isolation at home as health care workers are performing tests to determine whether the student contracted the coronavirus. Wilke said the department expects to have results back from the CDC in Atlanta by Monday at the latest.Should the case be confirmed, health officials will begin contact tracing to determine with which individuals he came in contact and whether to monitor them.Wilke did not say whether the student lived on campus.China’s expands travel banChina extended its severe travel ban to additional cities, cutting off travel for 20 million people during a time when millions are expected to be traveling for Chinese New Year.The quarantine began Thursday in Wuhan, the city at the center of the coronavirus outbreak. Authorities shut down transportation in the 11-million-person city, prohibiting people from using buses, trains or ferries, and canceling flights and trains leaving Wuhan.Those travel restrictions have been extended to the nearby cities of Huanggang and Ezhou, both in China’s Hubei province.WHO decides not to declare an emergencyAfter two days of deliberation, the World Health Organization decided not to declare the coronavirus outbreak a “public health emergency of international concern” on Thursday.”Make no mistake. This is still an emergency in China,” Tedros Adhanom Ghebreyesus, director general at WHO, said at a news conference after Thursday’s meeting. “It has not yet become a global health emergency. It may yet become one.”Part of that decision hinged on the fact there’s been no evidence of human-to-human transmission outside of China so far. Additionally, disease transmission appears to be limited to close family groups and health care workers, according to the WHO.Coronavirus concerns has airport in Los Angeles on high alertA traveler who arrived at Los Angeles International Airport from Mexico City on Wednesday night was transported to a hospital for medical evaluation after he showed signs of being sick. American Airlines confirmed that the patient had flown with with the airline and that the person was being evaluated at a local medical center for “precautionary reasons.”While the airline is coordinating with the CDC, it’s not yet known what the patient’s symptoms were or whether they traveled to Wuhan.Surveillance at airports has intensifies around the country, with airports in New York, San Francisco, Los Angeles, Atlanta and Chicago all screening travelers from Wuhan.Doctors are treating the coronavirus patient in Seattle in a bio-containment roomThe first patient in the United States to contract the new coronavirus is a man in his 30s from Washington state who traveled to Wuhan but said he didn’t visit the seafood and live-animal market where the virus likely originated.Doctors in a medical center near Seattle are treating the patient in a 20-by-20 bio-contaminant room. Doctors are using a robot with stethoscope to care for the patient, while limiting their contact with the virus. Four specially trained nurses in hazmat suits and security guards are on watch around the clock.Only a handful of health care workers have entered the room to treat the patient, who is doing well, according to doctors at the medical center.The patient’s care includes extra fluids and Tylenol for his fever and cough, symptoms he probably could manage at home if he hadn’t been diagnosed with coronavirus.What people who died of coronavirus had in commonChina’s health commission released details about the 17 people who have died so far in the outbreak, the majority of whom have been men, older people or those with underlying health problems.Those findings mirrored what officials from the World Health Organization described during a Wednesday news conference. Many of the people with severe forms of the new coronavirus were men older than 40 who had existing health issues.WHO officials were quick to note that this demographic information doesn’t mean younger people aren’t affected by the new coronavirus. Instead, it’s likely that the disease affects older people more severely, which was also true in the SARS outbreak.Scientists have competing theories about the animal behind the outbreakCoronavirsus, a family of viruses that include SARS, MERS and the common cold, can jump from animal to human hosts.Scientists have competing theories about the animal source behind the virus. In addition to bats, which scientists have speculated about since the beginning of the outbreak, and which were implicated in the SARS outbreak, a group of researchers published paper this week, theorizing that snakes are the most likely reservoir behind the outbreak. Neither theory has been confirmed.Copyright © 2020, ABC Audio. All rights reserved.

Eye drops recalled after 55 reports of bacterial infection, one death in 12 states