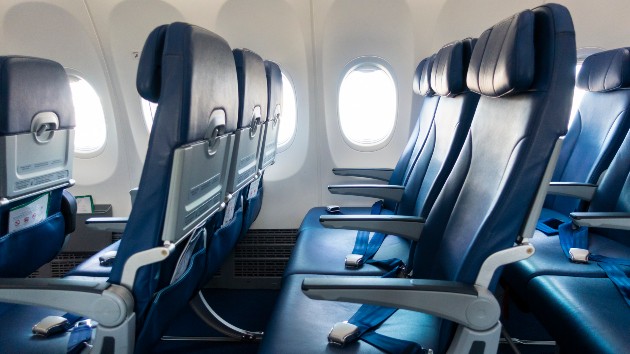 tonefotografia/iStock(WASHINGTON) — Travelers may be used to flying with their emotional support animals — anything from a pet hamster to a baby crocodile — but the rules are about to change, according to a new proposal from the Department of Transportation. The proposal unveiled by DOT on Wednesday proposes to strictly limit the definition of a service animal to a dog, reversing a policy that permits a wide range of other animals to fly under that framework.DOT’s new rule also no longer requires airlines to recognize emotional support animals, with the agency citing a number of reasons for the change.Department officials noted that airlines have consistently complained of fraudulent incidents related to the declaration of certain pets as emotional support animals, even costing the industry millions in unpaid pet carriage fees. The airline industry as a whole is applauding the move as a means of ensuring the safety of every flying traveler.”The increased availability of fraudulent ESA credentials has enabled people who are not truly in need of animal assistance to abuse the rules and evade airline policies regarding animals in the cabin,” Airlines for America said in a statement. “This has led to an increase in incidents by untrained animals threatening the health and safety of passengers, crew and passengers with disabilities traveling with legitimate service animals.”In one instance, United Airlines denied a passenger’s attempt to bring a peacock onto a flight out of Newark Liberty International. According to the petition, “passengers have attempted to fly with many different unusual species of animals, such as a peacock, ducks, turkeys, pigs, iguanas, and various other types of animals as emotional support or service animals, causing confusion for airline employees and additional scrutiny for service animal users.” The proposal also come with new check-in rules for passengers looking to fly with service animals, requiring them to arrive at the airport at least an hour earlier than passengers flying without animals.”Airlines want all passengers and crew to have a safe and comfortable flying experience,” said Nicholas E. Calio, president and CEO of A4A, adding, “We are confident the proposed rule will go a long way in ensuring a safer and healthier experience for everyone.” There is a 60-day public comment period before the agency can move forward on next steps and implementation. Copyright © 2020, ABC Audio. All rights reserved.