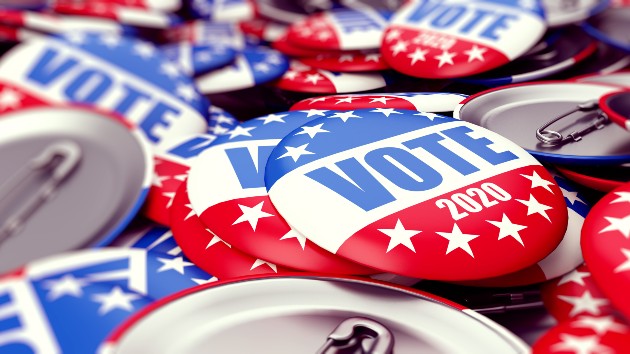 3dfoto/iStock(WASHINGTON) — With the Mueller report fresh in the minds of political candidates, the government confirmed Wednesday it has briefed the Democratic National Committee, Republican National Committee and the campaigns of each of those running for president about the cyber threat leading up to November 2020. The Cybersecurity and Infrastructure Security Agency, the cyber arm of the Department of Homeland Security, told ABC News that the agency has been briefing the groups on the cyber threat ahead with just over 10 months before Election Day.”We have briefed all the other political campaigns, RNC, DNC. We’ve also briefed political parties, and we’ve also briefed all the political campaigns. Some we’re providing services [to],” Director Chris Krebs said. “We’re in a better posture than we were certainly in 2016,” he added.Krebs elaborated that “every single” campaign has been receptive to the department’s briefings. “We’re getting varying degrees of uptake,” Krebs continued. “We’re going to continue engaging in this, particularly as the field presumably will narrow at some point, you know, focused resources.”Krebs also said that there are more resources and awareness both at the state and local level than there was in 2016, and said, like anything, that their efforts could not be 100% effective. “We just have to follow through and make sure we’re doing the security elements, the actions needed, but really accepting the fact that 100% security is not a realistic outcome,” he said. Special counsel Robert Mueller’s 448-page report revealed an allegedly “sweeping and systematic” effort by the Russian government to interfere in the 2016 presidential election.The Russian government has always denied allegations of hacking and online influence campaign allegations in 2016, calling it anti-Russian hysteria. Copyright © 2020, ABC Audio. All rights reserved.