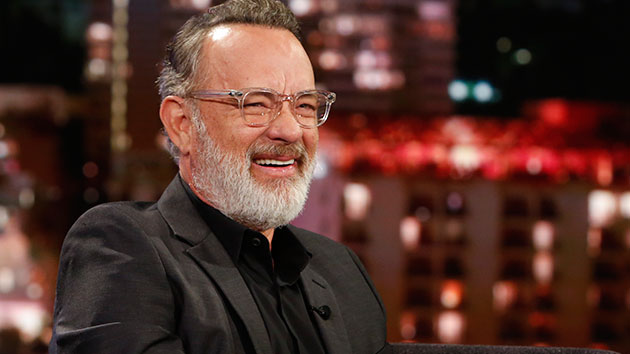 ABC/Randy Holmes(LOS ANGELES) — Tom Hanks called out an advertisement using his image to promote CBD on Tuesday, calling the ad in question a “false and an intentional hoax.”The ad from an undisclosed company appears to promote “CannaPro CBD” and features a photo of the actor, alongside a fake quote attributed to him.”The advances Dr. Oz has made in the CBD industry are remarkable. I wouldn’t believe it if I hadn’t had the chance to try it out for myself. After using CannaPro CBD for two weeks I was already feeling like a new me,” the quote reads.In an Instagram post, Hanks shared the ad, writing, “I’ve never said this and would never make such an endorsement. Come on, man!” As always, he signs off with his usual: “Hanx.”The false ad also garnered criticism from Dr. Mehmet Oz, who’s mentioned in the quote.Reposting Hanks’ message, Dr Oz added, “Could not agree more with @tomhanks. This is a fake and misleading advertisement intended to take advantage of consumers using false claims and our likenesses illegally. I am not involved with any cannabis companies.”Hanks previously shared another fake advertisement, also using his likeness to promote CBD, in July 2019. High-profile actors and actresses often fall victim to celebrity endorsement theft. Ellen DeGeneres and Sandra Bullock filed a joint lawsuit in November 2019 against 100 anonymous defendants for using their name and likeness for unauthorized product endorsements.  Bullock and DeGeneres say their images and personas are mostly used to push beauty wares like anti-aging serum and weight-loss products.The FTC and Better Business Bureau told ABC News that the issue has impacted millions across the United States. Some of the scammers creating the false adverts can be difficult to identify, experts say.