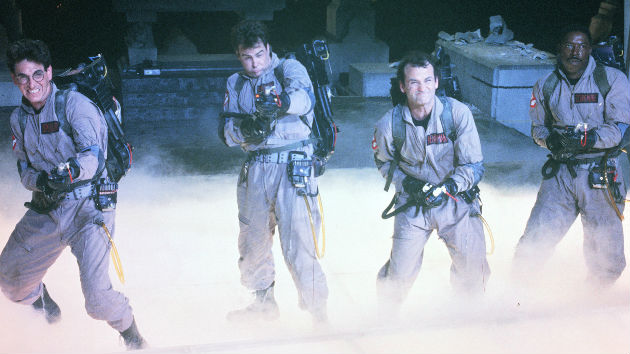 “Ghostbusters” – Columbia Pictures(LOS ANGELES) — The boys are back!  As rumored, Bill Murray, Dan Aykroyd and Ernie Hudson will once again strap on their proton packs in the upcoming film sequel Ghostbusters: Afterlife.

The cast, along with Sigourney Weaver, did appear in the ill-fated 2016 all female reboot of Ghostbusters, though director Paul Feig chose to have them play other characters.

Ghostbusters: Afterlife stars Paul Rudd as a science teacher whose students find themselves in the middle of a spooky mystery. One of the students, played by McKenna Grace, is none other than Egon’s granddaughter.Ghostbusters co-creator Ramis died in 2014 at 69. Of the film’s plot, Murray says, “Well, we are a man down. That’s the deal,” he said somberly. “And that’s the story that we’re telling, that’s the story they’ve written.”Murray famously had a decades-long feud with his Groundhog Day director and Stripes co-star Ramis, but reportedly buried the hatchet before Ramis passed away.