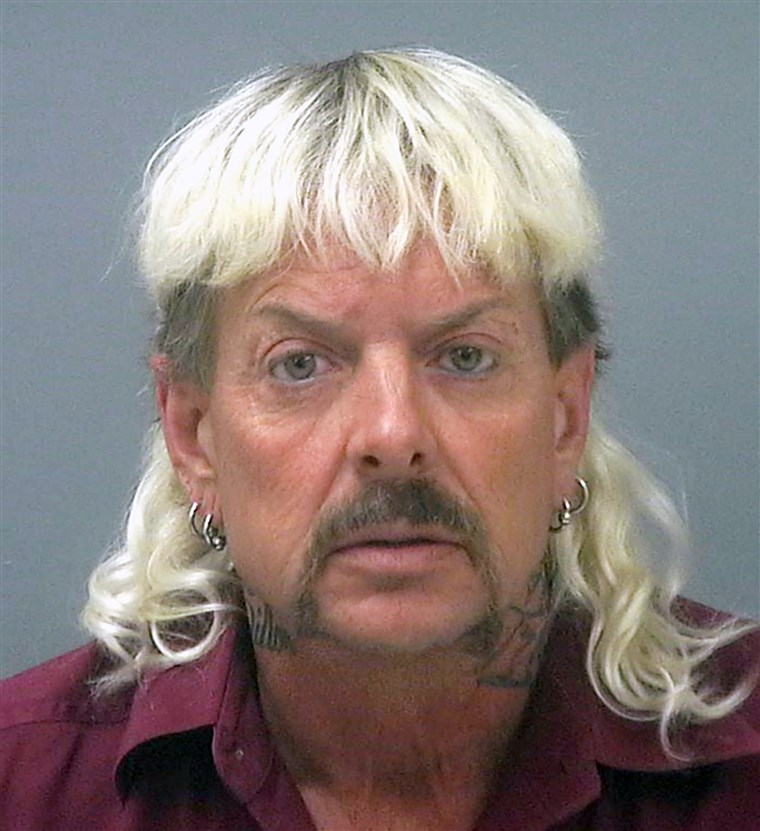 Former Oklahoma gubernatorial candidate and zookeeper Joe Exotic was sentenced Wednesday to 22 years in federal prison. The big cat breeder started a zoo in Wynnewood 20 years ago and ran for president and governor. He was found guilty in April of twice hiring someone in 2017 to kill his chief critic, Carole Baskin, CEO of Big Cat Rescue, an animal sanctuary in Tampa, Florida.

He also was found guilty of illegally killing five tigers at his zoo in in 2017 with a shotgun, illegally offering to sell and selling tiger cubs and falsifying documents involving the sale of tigers, lions and a baby lemur.

Joe Exotic jumped up Wednesday in court when it came his turn to talk to the judge at his sentencing in a murder-for-hire case.

Dressed in orange jail clothes, the former zookeeper hurried to the podium in Oklahoma City federal court as fast as his ankle chain would allow.

From there, in a rambling 10-minute statement, he cried, apologized for his mistakes, talked about his two “incurable” diseases and pleaded to be set free so he could go home and rescue his ailing dad.

He also repeated his claim that he was innocent, that his zoo’s new owner, Jeff Lowe, set him up and that government witnesses lied about him at trial.