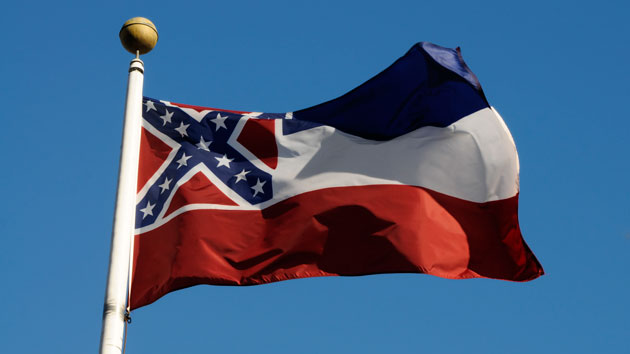 EMPPhotography/iStock(JACKSON, Miss.) — Seeing for himself the “terrible” conditions of Mississippi’s troubled prisons, the new governor on Thursday announced a series of reforms to boost safety for inmates and staff following a series of violent deaths, riots, escapes and a federal lawsuit backed by hip hop artist Yo Gotti and music mogul Jay-Z.Gov. Tate Reeves, who took over as governor last week, said he’s hit the ground running to “stop the bleeding” in a state corrections system critics have called inhumane.”We know that there are problems in the system,” he told reporters at a press conference. “We don’t want to hide them, we want to fix them.”He announced a series of “common sense” changes he’s already begun implementing, including a crackdown on contraband cellphones, which, he said, have been used to coordinate violence throughout the prison system. He’s also seeking a process to weed out guards who are corrupt or have gang affiliations.He also said maintenance teams are being sent to the state’s most notorious prison, Parchman, to improve conditions he called “terrible.”In the past month, 10 inmates have died in Mississippi prisons, with eight of those at Parchman. Most were killed in riots in late December and early January that led to a statewide lockdown.In the past week alone, three inmates have died at Parchman, including one by suicide, officials said.The crisis at the prisons caught the attention of Yo Gotti and Jay-Z, who supported a lawsuit filed last week on behalf of 29 Mississippi prisoners who accused state correctional officials of doing little to stop the violent outbreaks.”Individuals held in Mississippi’s prisons are dying because Mississippi has failed to fund its prisons,” the lawsuit said. “Violence reigns because prisons are understaffed.”The lawsuit named Mississippi Department of Corrections former Commissioner Pelicia Hall and Mississippi State Penitentiary Superintendent Marshall Turner among the defendants.”Plaintiffs’ lives are in peril,” the lawsuit said. “These deaths are a direct result of Mississippi’s utter disregard for the people it has incarcerated and their constitutional rights.”Last week, Reeves appointed Tommy Taylor, the former mayor of Boyle, Mississippi, and chairman of the House Corrections Committee, to serve as the interim commissioner of the Department of Corrections.Reeves said he and Taylor spent Wednesday and Thursday touring the prisons, including Parchman, the state’s largest and oldest penitentiary.”We … saw some pretty rough conditions, particularly in Unit 29, where some inmates have just torn the place apart,” Reeves said. “I went to the room where the riots happened. Inmates that are known to be dangerous are being housed together without any structure to prevent violent collision. This has to be addressed.”Reeves said his administration is considering reopening the state’s Walnut Grove prison in Leake County, a privately run facility shut down due to corruption in 2016.”We’re paying for it right now as a state, and no one is there,” Reeves said of the Walnut Grove facility. “It’s not a country club, but the physical conditions are better than what some are dealing with in units in Parchman.”A major issue at Parchman has been inmates hiding and passing contraband to each other, including weapons and cellphones.”The construction of the cells in Walnut Grove would limit that,” the governor said. “In each cell, the walls are poured concrete. This prevents the ability to chip away at mortar as compared to cinder-block cells, which tend to be hollow in the middle.”He also said Walnut Grove has both electronic and manual cells, which creates flexibility for housing different types of inmates.”A benefit of that flexibility is a majority of the prison can physically hold inmates as early as tomorrow,” Reeves said.He also said he plans to place senior leadership on the front lines at Parchman.”We’re making sure that a senior officer will be present on the grounds at all times to prevent the leadership void that can lead to chaos,” Reeves said.He said another common-sense plan is to “make sure that people who are at risk of creating more violence aren’t in jobs or locations that give them access to potential tools or targets of violence.”Reeves said he isn’t just making “empty promises,” but conceded that reforming the prisons’ “won’t be fixed overnight.””Ultimately, this is not about the problems of the past,” Reeves said. “This is about paving the way for a better future for the system and for Mississippi, and I am committed to seeing this through every step of the way.” Copyright © 2020, ABC Audio. All rights reserved.

Confidence in police practices drops to a new low: POLL