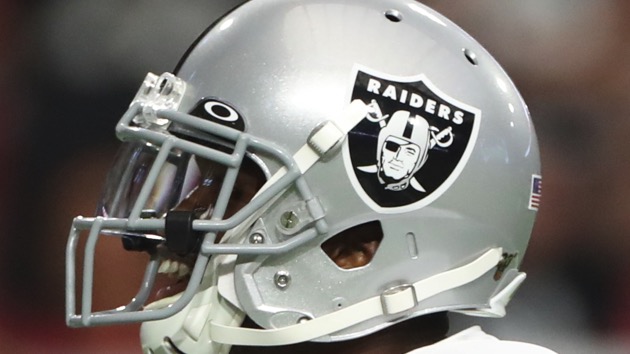 Allen Kee / ESPN Images(LAS VEGAS) — The Silver and Black officially have been renamed the Las Vegas Raiders, and one of the organization’s first orders of business is helping eliminate meal debt in Nevada.

The first order of business for the Las Vegas Raiders?Eliminating the meal debt across the entire state of Nevada: https://t.co/RW1hF0lMVn pic.twitter.com/liZC5wMHaY

At a press conference after the renaming ceremony on Wednesday, the team announced it would pledge $500,000 toward eliminating meal debt through the Nevada Community Foundation.Nevada schools that participate in the National School Lunch and Breakfast Programs, a federally assisted program that operates in public and non-profit charter schools, will work with NCF to eliminate existing school meal debt, according to a press release.”Today,” Raiders owner Mark Davis said, “we want to make a donation to the Nevada Department of Agriculture meal service program, which feeds kids lunch and breakfast at the schools. We are hoping to eliminate the debt that the entire state of Nevada has.””When families are not able to pay for school meals and do not qualify for federal free or reduced priced meals, debt is accrued at the school level. This donation will fill the gap between schools and families who cannot afford to pay their school meal debt,” according to the team’s release.Funds will be allocated through the NCF in conjunction with the Raiders and the Nevada Department of Agriculture, administrator of the state’s National School Lunch and Breakfast Programs.”We are proud to partner with the Las Vegas Raiders as the administrator of the organization’s community fund that will retire the cumulative school meal debt for eligible institutions currently participating in NSLP and SBP with the Nevada Department of Agriculture,” said Gian Brosco, president and CEO of the Nevada Community Foundation. “As the Raiders prepare for their official arrival as our state’s first-ever NFL team, their positive impact on our community continues to grow as evidenced by this significant gesture.”Copyright © 2020, ABC Audio. All rights reserved.