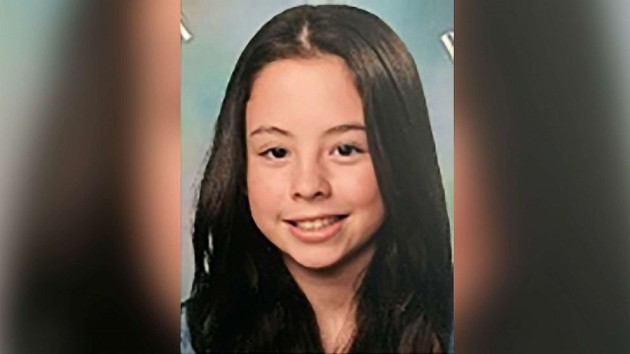 Pelham Police Department(PELHAM, Ala.) — Authorities in Alabama are asking for the public’s help in finding a 13-year-old girl, who disappeared on her way to school. Amberly Nicole Flores left her home in Pelham, Alabama, on Tuesday morning to walk to the school bus stop. But she never made it to school that day and has been missing ever since, according to the Pelham Police Department. The girl’s parents said it’s out of character for their daughter to not show up to school. “She’s very good, a very good girl,” her father, Alfredo Flores, told Birmingham ABC affiliate WBMA-LD. “This is the first time she go to school and not come back.”Amberly was last seen wearing a white jacket with blue jeans and carrying a pink backpack near the Green Park South mobile home park.Surveillance video from the area shows the girl “willingly” get into a dark Mercedes SUV, police said.The Alabama Law Enforcement Agency on Wednesday issued an emergency missing child alert for Amberly.The 13-year-old is described as a Hispanic girl with black hair and brown eyes. She is just over 5-feet tall and weighs around 115 pounds.Anyone with information on the case is urged to call 911 or the Pelham Police Department at 205-620-6550. Copyright © 2020, ABC Audio. All rights reserved.