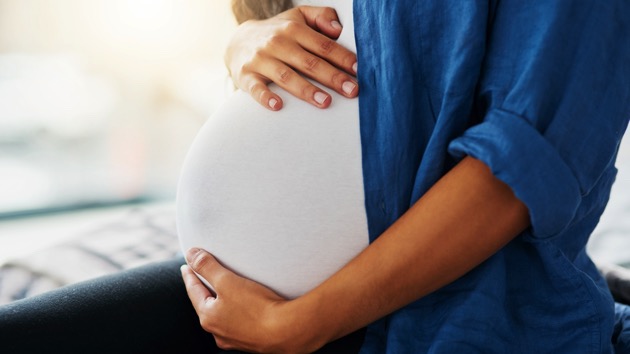 Adene Sanchez/iStock(NEW YORK) — Women who get pregnant and women who breastfeed may lower their risk of early menopause, according to a new study.”This is interesting because it connects what happens in a woman’s early reproductive life to something that goes on later,” ABC News chief medical correspondent Dr. Jennifer Ashton, a board-certified OBGYN, said Thursday on Good Morning America about the study.Here is more on what women should know about the impact pregnancy and breastfeeding may have on their bodies as they age.What did the study find?The National Institutes of Health (NIH)-funded study looked at more than 100,000 women ages 25 to 42 years.It found that women who had one full-term pregnancy had an 8% lower risk of early menopause.Women who had two full-term pregnancies had a 16% lower risk of early menopause. Those who had three pregnancies had a 22% lower risk.When it comes to breastfeeding, women who breastfed exclusively for seven to 12 months had a 28% lower risk of early menopause than women who breastfed for less than a month.Women who breastfed for 25 months or more in total during their pre-menopausal years had a 26% lower risk of early menopause.When do women typically experience menopause?Menopause, when a woman’s period stops permanently, on average happens to women in the U.S. at age 52.Around 1% of women in the U.S. go through premature menopause, or menopause that happens before the age of 40. About 5% of women naturally go through early menopause between ages 40 and 45, according to the U.S. Office on Women’s Health.Why would pregnancy and breastfeeding affect menopause?“Both pregnancy and breastfeeding suppress ovulation,” Ashton explained. “It slows the release of eggs from the ovaries and therefore is theorized to kind of delay early menopause.”What are the risks of early menopause?Early menopause may increase the risk of osteoporosis, cognitive decline, cardiovascular disease and overall premature death, previous studies have shown.Menopause is also associated with symptoms that are not life-threatening but can be uncomfortable for women, including weight gain, skin changes, mood changes and hot flashes.After menopause, women are also no longer able to get pregnant.Are there any benefits to early menopause?Yes, it’s important to remember that there may also be slight advantages, like a decreased risk of hormonally-responsive cancers like breast, uterine and ovarian, according to Ashton. Copyright © 2020, ABC Audio. All rights reserved.