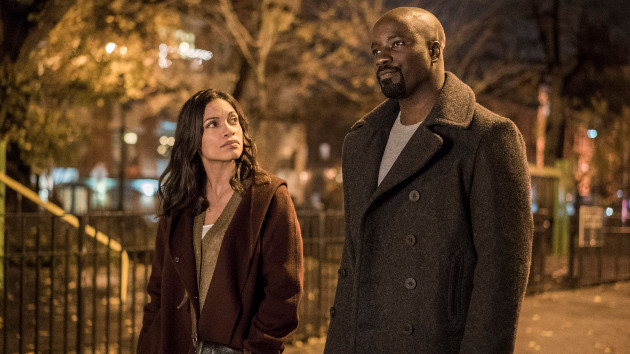 Dawson and Mike Colter in “Luke Cage”-Myles Aronowitz/Netflix(LOS ANGELES) — Rosario Dawson has jumped from the Marvel Cinematic Universe to the live-action DC universe.

According to Variety, Dawson has been cast as the lead in the upcoming HBO Max pilot DMZ. As previously noted, Ava DuVernay is already on board to direct and Roberto Patino will serve as showrunner.

DMZ, based on the DC comic books of the same name, is described as an American Civil War drama set in the future. The series will follow Alma Ortego, a New York medic played by Dawson who, in addition to saving lives in the war-torn city, is desperately searching for her lost son. She eventually becomes an unlikely source of hope in America.

Production on DMZ is expected to start soon.