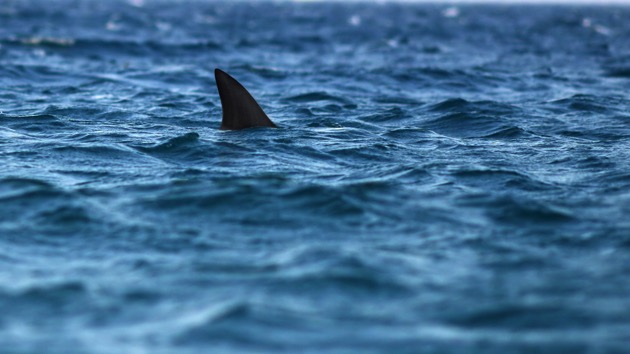 ramihalim/iStock(GAINESVILLE, Fla.) — Looks like it’s safer to get back in the water.There were 64 unprovoked shark attacks reported around the world in 2019, 22% fewer attacks than the five-year average of 82 incidents annually, the University of Florida’s International Shark Attack File revealed Tuesday. The U.S. led the world with 41 unprovoked attacks, which the report defines “as incidents where an attack on a live human occurs in the shark’s natural habitat with no human provocation of the shark,” however, none of those reported attacks resulted in a fatality.Gavin Naylor, director of the Florida Museum of Natural History’s shark research program, said he’s seen two straight years of decreases of shark attacks.”This suggests sharks aren’t frequenting the same places they have in the past. But it’s too early to say this is the new normal,” he said in a statement.Australia was second in the world with 11 unprovoked shark attacks last year, followed by the Bahamas and South Africa, which had two reported attacks apiece, according to the report. There were only two fatalities from unprovoked attacks in the Bahamas and Reunion Island, the report said.Researchers noted that the 2019 American shark attacks had the highest concentration in Florida, were 21 incidents were reported. This figure was a drop from its recent five-year average of 32 attacks, according to the report.The scientists said there was an interesting appearance from a rare shark. The cookiecutter shark was responsible for three unprovoked attacks in Hawaii last year. The research center has only two other incidents where the foot-long shark was involved in an attack.”They’re quite mysterious animals,” Naylor said in a statement. “They can look pretty pathetic, like a lazy sausage, but they can do a lot of damage.”The report credited better safety procedures at beaches and awareness as the reason for the decline and emphasized that sharks are helpful for the ocean’s health by removing weak and diseased animals.Experts say there are several steps swimmers can take to avoid any injuries if they encounter a shark in the water. Survival expert Terry Schappert told ABC News that some of the most important tips to remember during a shark encounter is to not thrash around and move slowly as sharks are attracted to fast movements.Copyright © 2020, ABC Audio. All rights reserved.