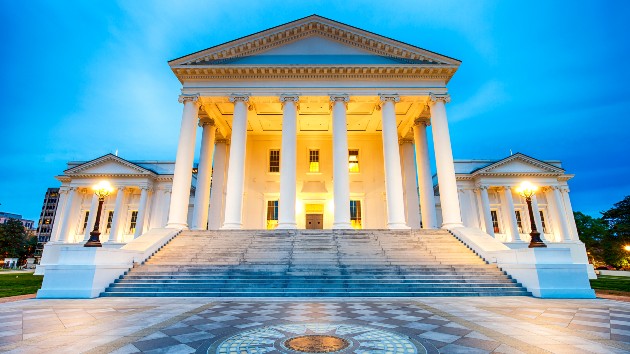 traveler1116/iStock(RICHMOND, Va.) — A former Canadian Armed Forces reservist accused of plotting an attack at a pro-gun rally in Virginia with two alleged white supremacists was ordered to remain in federal custody on Wednesday after a judge called him “a very dangerous person.” Patrik Mathews, 27, who authorities say entered the country illegally last year, was ordered to be detained on two federal gun charges pending a Jan. 30 preliminary hearing. One of Mathews’ co-defendants, 19-year-old William Garfield Bilbrough IV of Denton, Maryland, was also ordered to be detained until his preliminary hearing. The third defendant, Brian Mark Lemley Jr., 23, of Newark, Delaware, waived his right to a detention hearing.Bilbrough and Lemley, a former Cavalry scout in the U.S. Army, are also charged with harboring an alien and conspiracy to harbor an alien. All three men are alleged members of “The Base,” which an FBI agent described in court documents as a white supremacist group founded in 2018 that espouses the creation of a white ethnostate committed to acts of violence against African Americans, Jewish Americans and other minority groups. “This is a domestic terrorism investigation. This does involve firearms,” U.S. Attorney Thomas Windom said in court on Wednesday. The men were arrested on Jan. 16, two days after a criminal complaint was filed against them in U.S. District Court in Greenbelt, Maryland. Federal prosecutors alleged Mathews, Bilbrough and Lemley plotted to launch an attack at a massive pro-gun rally that occurred on Monday in Richmond, Virginia, and drew around 16,000 people, many of them armed activists. Federal authorities said the defendants hoped the attack would lead to the collapse of the U.S. economy and start a civil war. “This is a very dangerous person,” U.S. Magistrate Judge Timothy Sullivan said of Mathews during the defendant’s detention hearing on Wednesday. “He espouses very dangerous beliefs.”Federal investigators began surveilling the men shortly after Mathews entered the country illegally from Canada in August and was allegedly brought back to Maryland by Lemley and Bilbrough, according to a federal complaint unsealed on Jan. 16. In December, FBI agents obtained a federal “sneak-and-peek” warrant, which allowed them to search a residence where Lemley and Mathews were residing without having to give them prior notification, according to the complaint. During the search, FBI agents planted a secret video camera in the residence and over the course of a month recorded Bilbrough, Lemley and Mathews plotting the gun-rally attack and holding an assault rifle they allegedly converted into a machine gun, according to the complaint.While apparently discussing plans to launch the attack at the Virginia gun rally, Mathews allegedly was recorded by the hidden video camera instructing the others to create “instability” by derailing rail lines and shutting down highways. “You can kick off the economic collapse of the U.S. within a week, after the boog starts,” Mathews allegedly said, referring to the word members of “The Base” use for the economic collapse of the country, according to the complaint. “My goal is to cause a lot more damage,” Mathews said, according to the complaint. During another discussion of the attack, Lemley allegedly suggested using a thermal imaging scope affixed to his rifle to conduct ambush attacks on unsuspecting civilians and police officers. “I need to claim my first victim,” Lemley allegedly told the others, according to the complaint.But during Wednesday’s detention hearing, Mathews’ attorney, Joseph Balter, described Matthews’ statements to his codefendants as bluster protected as free speech by the First Amendment. “One man’s domestic terrorist can be another man’s exercise of his First Amendment rights,” Balter said. Windom responded, “Mr. Mathews was not arrested for violating the First Amendment of the Constitution.” Copyright © 2020, ABC Audio. All rights reserved.