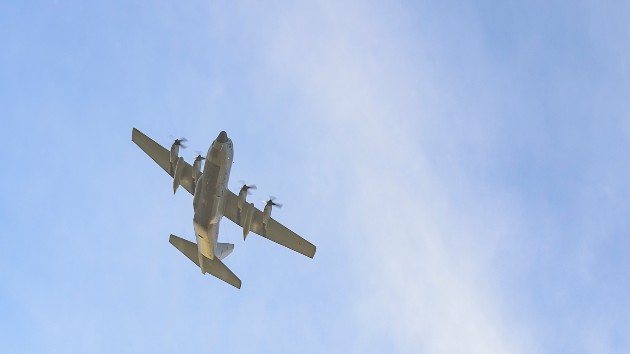 Sjo/iStock(SYDNEY) — Three Americans were killed battling the Australian wildfires Thursday when their water tanker plane crashed in New South Wales. The Lockheed C-130 Hercules aerial water tanker went down in the Snowy Mountains’ Monaro region, about 400 miles east of Melbourne, said officials with the New South Wales Rural Fire Service (RFS).The three crew members were believed to be the only ones aboard the plane, according to officials. There were no survivors in the crash. Authorities said they weren’t yet releasing the names of the crew members. The plane was performing normal water bombing activities, dumping water on one of an estimated 80 fires currently burning in that area, officials said. Conditions were reported to be hot, dry and windy in the region.The RFS grounded all other firefighting aircraft immediately following the crash. “Today is a stark and horrible reminder of the dangerous conditions that our volunteers and our emergency services personnel across a number of agencies undertake on a daily basis,” said New South Wales Premier Gladys Berejiklian at a press conference following the accident. “It demonstrates the dangerous work currently being undertaken and it also demonstrates the conditions that our firefighters are working under.”The aircraft was owned by Canadian-based aviation company Coulson Aviation, and was being operated under contract to the RFS. “The aircraft had departed Richmond, NSW with a load of retardant and was on a firebombing mission. The accident is reported to be extensive and we are deeply saddened to confirm there were 3 fatalities,” Coulson Aviation officials said in a statement. “Our thoughts and prayers are with the families of the three crew members onboard.” Australia’s devastating wildfires have claimed more than 15 million acres of land and resulted in at least 25 deaths, according to authorities. Copyright © 2020, ABC Audio. All rights reserved.