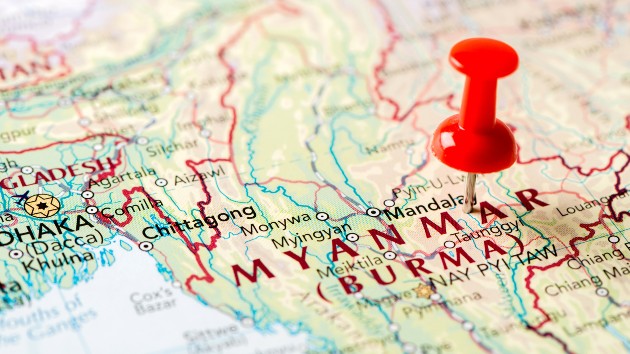 yorkfoto/iStock(LONDON) — The United Nations’ International Court of Justice (ICJ) ruled that Myanmar must “take all measures within its power” to prevent the genocide of its embattled Rohingya minority Thursday, in a move hailed by human rights groups. The Gambia, a small West African country, filed the lawsuit against Myanmar in November on behalf of the Organization of Islamic Cooperation, a coalition of countries with significant Muslim populations, asking the ICJ to investigate whether Myanmar’s government has violated the Geneva Convention. The Court also ruled that Myanmar must take measures to present the destruction of evidence and ensure that its military and any militia units do not commit any acts that serve as “direct and public incitement to genocide.” The Rohingya, a Muslim-majority ethnic minority, “remain extremely vulnerable” and were at “serious risk of genocide,” the ruling judges added.The Gambian Ministry of Justice said in a statement that the ruling was a “major step towards holding Myanmar accountable for alleged acts of genocide.” Myanmar must now submit a report showing they have complied with the order within four months, and will have to present further reports every six months after that. Over 700,000 Rohingya have fled Myanmar since a campaign by the country’s military to push them out and raze their villages began in August 2017. Myanmar, previously called Burma, has denied any wrongdoing, saying that the campaign was against an Islamist extremist group.The ruling follows a 2017 report by the U.N. Office of the High Commissioner for Human Rights on Myanmar found the treatment of the Rohingya appears to “bear the hallmarks of genocide.” A further U.N. fact-finding mission in 2018 said the human rights violations were “principally committed by the Myanmar security forces,” and recommended that they “should be investigated and prosecuted in an international criminal tribunal for genocide, crimes against humanity and war crimes.” Aung San Suu Kyi, the leader of Myanmar who was once hailed as a global icon when she won the Nobel Peace Prize in 1991 and spent 15 years under house arrest, had appeared at the ICJ in The Hague to defend her regime against the accusations of genocide last month.Writing in the Financial Times before the ruling Thursday morning, Suu Kyi said that war crimes “may have been committed” by members of the Myanmar Defence Services, but said that Rohingya refugees had provided “exaggerated information,” stopping short of saying that genocide had been committed. Amnesty International said that the ruling sent a message to Myanmar that the “world will not tolerate their atrocities.” The case represented a “victory” for the Rohingya, although it was limited in its scope, Laura Haigh, Amnesty International’s Myanmar researcher told ABC News. The ruling on “provisional measures” was a dispute between two states, and did not concern whether or not Myanmar breached its obligations as a state party to the U.N.’s genocide convention, she said. “I think it absolutely is a victory for the Rohingya, and more broadly for justice and accountability in Myanmar,” Haigh said. “Importantly it’s going to put a lot of political pressure on Myanmar now. I think it’s going to be very hard for Myanmar to not engage in this process further.” Copyright © 2020, ABC Audio. All rights reserved.