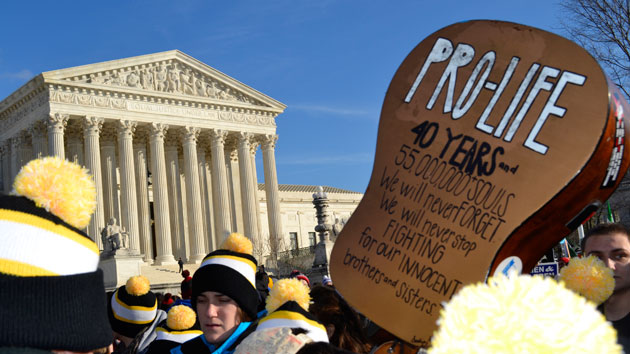 DJ McCoy/iStock(WASHINGTON) — President Donald Trump has announced plans to attend and address the crowd at this week’s March for Life, which would make him the first sitting president to do so.The annual anti-abortion rally in the nation’s capital is scheduled for Friday.The president made the announcement via Twitter, writing, “See you on Friday…Big Crowd!” retweeting the official March for Life account. While other presidents have videoed or called into the event, Trump would be the first to appear in person.Trump has worked to highlight the major anti-abortion event each year he’s been in office. Vice President Mike Pence became the first sitting vice president to speak at the march in 2017, with Trump becoming the first president to address the rally by video the following year.”President Trump is the most pro-life President in the history of our country, and becoming the first President to speak at the March for Life is further evidence of that,” Kayleigh McEnany, national press secretary for the Trump campaign, told ABC News in a statement.Trump’s decision to appear is part of a larger effort to reach out to evangelical Christians, a core section of his conservative base.Trump’s campaign kicked off the 2020 election year ramping up religious voter outreach, launching “Evangelicals for Trump” with a massive rally-like event at a Miami megachurch.”We’re standing up to the pro-abortion lobby like never before — we will never shy away from the battle to protect innocent life,” Trump said at the kickoff in January.At rallies across the country, the president’s reelection pitch often has included his record on abortion as president, using that stance as a cudgel against Democratic rivals.But Trump’s history on abortion is complicated. In a 1999 appearance on NBC’s “Meet the Press,” he said that he was “very pro-choice,” but during his 2016 presidential run he said that he’d “evolved” on the issue when asked during an August 2015 Republican debate.Since getting elected, Trump’s record on the issue has matched his campaign rhetoric. He’s worked to appoint anti-abortion judges, cut taxpayer funding for abortions and blocked funds for Planned Parenthood.The announcement of the president’s plan to attend the rally comes just days after Susan B. Anthony List pledged $52 million to help reelect Trump and other anti-abortion candidates.Copyright © 2020, ABC Audio. All rights reserved.