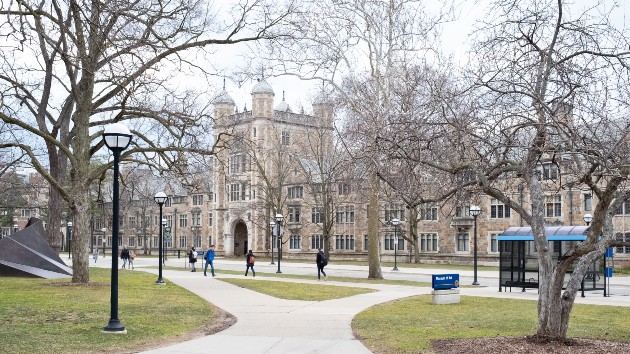 espiegle/iStock(ANN ARBOR, Mich.) — A University of Michigan provost was placed on administrative leave Tuesday amid a recently launched investigation into allegations of sexual misconduct. The university said on Wednesday that it received several allegations of sexual misconduct against Martin Philbert last week and retained an outside law firm to investigate the claims. Philbert, who joined the school’s faculty as a toxicology professor in 1995 and was appointed provost in 2017, was placed on leave pending the outcome of the investigation and instructed not to report to work, the university said in a statement.”We take allegations of sexual misconduct very seriously, and our policy is clear: Sexual misconduct will not be tolerated in the University of Michigan community,” University President Mark Schlissel said in a letter addressed staff and students Wednesday. “The U-M Board of Regents and I are committed to a full and thorough investigation, and we will continue to work to ensure the integrity of the process, following the same policy and practices that apply to all employees at U-M.”He noted that the probe was still in its early stages and that “no findings or conclusions” had been reached. Schlissel did not offer any details about the allegations against Philbert, but he said the claims surfaced Jan. 16 to 17. He said the university has offered support services to those affected.”We thank the individuals who have come forward with these allegations. We know that reporting requires courage,” Schlissel said. “The university has offered support services and will work diligently to assist those who report in every way possible.””We encourage any member of our community who is aware of conduct that may violate U-M’s sexual misconduct policy to notify our Office for Institutional Equity,” he added. He said he would announce Philbert’s interim replacement in the coming days. Philbert, who also serves as the school’s executive vice president of academic affairs, did not immediately respond to requests for comment from ABC News.Copyright © 2020, ABC Audio. All rights reserved.