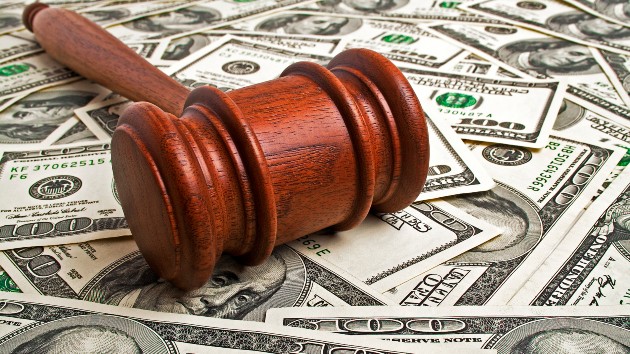 domnicky/iStock(DETROIT) — A Michigan man has filed a lawsuit against a Midwest banking chain this week, accusing it of racial profiling, after a teller called the police on him and wrongfully accused him of fraud. Ironically, Sauntore Thomas was attempting to deposit two large checks that he’d received as part of a workplace racial discrimination settlement with his previous employer when a TCF Bank branch in Livonia, Michigan, refused to accept the checks, saying they weren’t legit. Thomas, a 44-year-old Air Force veteran, said he felt “humiliated” and embarrassed when police arrived about 10 minutes later to investigate the fraud claims. He said he was treated as if he’d done something wrong and he’s convinced that the bank assumed the checks were bad because he is black. “It was embarrassing,” Thomas told Detroit ABC affiliate WXYZ-TV on Thursday. “If I was white, this wouldn’t be happening.”Thomas’ attorney, Deborah Gordon, said he was able to deposit the checks at another bank without a problem and they cleared less than 24 hours later. She said bank employees could have easily verified the check before calling law enforcement. “My client had very legitimate checks and he had a bank account at this bank,” Gordon told ABC News Thursday. “Right away they told him there was an issue with verifying the checks, which makes zero sense because these checks were from a large corporate entity.” “They kept telling him there was an issue of fraud and that’s what caused them to call the police. So then I have to ask, ‘What is the reason you think there’s fraud?"” she added.Gordon said her client called her as he was being interrogated by two police officers, while others stood guard outside of the bank. She said she called the bank, but the employees were extremely dismissive and denied her request to speak with a manager. “There’s no explanation for that other than the fact that my client is African American and that is my firm belief. They never offered an explanation as to why the police were called and they never offered an explanation that made any sense as to why they thought the checks were fraudulent,” Gordon said. “They did not believe him, they did not believe me, and they made an assumption that a black guy that’s in here with these checks — it’s got to be fraud, so let’s just call the cops,” she added.She said Thomas was terrified as the officers barked orders at him and he couldn’t stop thinking about how dangerous the situation could become if things escalated. Gordon said a confidentially clause in his settlement with his former employer, Enterprise Leasing Co. of Detroit, prevented her from disclosing the amount of the checks. But TCF Bank told the Detroit Free Press that Thomas presented three checks written from Enterprise that day: one for $59,000, one for $27,000 and one for $13,000. TCF Bank apologized to Thomas in a statement released Wednesday and admitted that the police should have never been called.”We apologize for the experience Mr. Thomas had at our banking center. Local police should not have been involved. We strongly condemn racism and discrimination of any kind,” the bank said. “We take extra precautions involving large deposits and requests for cash and in this case we were unable to validate the checks presented by Mr. Thomas and regret we could not meet his needs.” Gordon said the bank’s apology isn’t enough. She filed a discrimination lawsuit on Thomas’ behalf on Wednesday, referring to the situation as a case of “banking while black,” and seeking an undisclosed amount for compensatory and punitive damages. “It’s uncontested that the checks are legitimate. They’re a bank. It’s their job to verify checks and the fact that they continue to not explain this is unacceptable,” she said. “I don’t think they were honest with my client and they were just making stuff up. … I just think they saw this guy, a black guy in jeans, and it’s like, ‘What was he doing with his money?’ That’s the only conclusion I think that one can reasonably come to.”