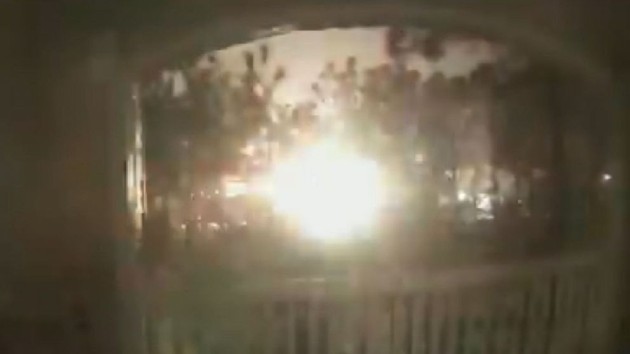 Joey Charpentier/Twitter(HOUSTON) — A building explosion at a manufacturing plant sent shock waves across northwest Houston early Friday morning. The force of the explosion, at around 4:30 a.m. local time, rattled nearby windows and was felt throughout the area, according to residents. The owner of the business, John Watson of Watson Grinding, says the blast was a propylene gas explosion.Two people suffered non-life-threatening injuries, he said. Several structures appeared to be destroyed in the blast, according to Houston ABC station KTRK-TV. The explosion left an enormous pile of debris in the area between Gessner Road and Steffani Lane in Houston’s Westbranch neighborhood, the station reported. Firefighters extinguished a small blaze in the aftermath of the explosion. Copyright © 2020, ABC Audio. All rights reserved.