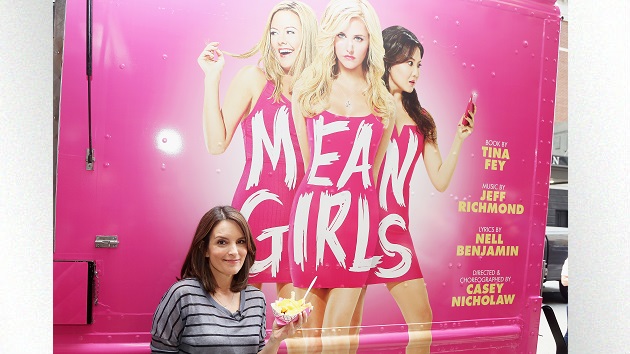 Bruce Glikas/Bruce Glikas/FilmMagic(NEW YORK) — Tina Fey is making fetch happen all over again.  After her smash 2004 comedy Mean Girls was turned into a Broadway musical in 2017, Fey is bringing her beloved brainchild into the new century by turning the musical adaption… back into a movie.

Fey announced in a statement Thursday obtained by The Hollywood Reporter, “I’m very excited to bring Mean Girls back to the big screen.  It’s been incredibly gratifying to see how much the movie and the musical have meant to audiences.”

Added the 30 Rock star, “I’ve spent 16 years with these characters now. They are my Marvel Universe and I love them dearly.”

Mean Girls follows the story of 16-year-old Cady Heron, who moves back to America after being raised by her zoologist parents in Africa.  Cady soon learns how high school differs from the animal kingdom once she’s absorbed by The Plastics — a popular girl clique — and falls in love with the ex-boyfriend of Regina George, the ringleader of the group of said mean girls.

The 2004 cult classic, which starred Lindsay Lohan and Rachel McAdams, earned $129 million in the box office while the Mean Girls Broadway musical has earned $118 to date.