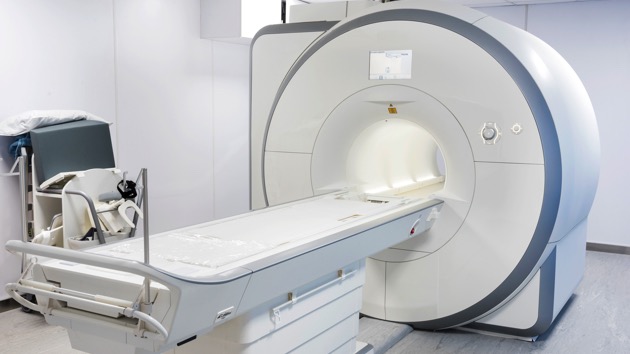 Nirian/iStock(LONDON) — More than 3,000 years ago in ancient Egypt, there lived a priest named Nesyamun who chanted and sang the daily liturgy at the famous temple of Karnak in Thebes.When Nesyamun died in 1069 B.C., his voice went silent, but inscriptions covering the coffin of his mummified body showed that his dying wish was to be able to speak in the afterlife, so that the gods of judgement would grant him entry into eternity.British scientists have now, in a sense, fulfilled Nesyamun’s wish by recreating the sound of his voice through a 3D version of his vocal tract. Their study and findings were published Thursday in the journal Scientific Reports.”It has been such an interesting project that has opened a novel window onto the past,” the study’s co-author David Howard, head of the department of electronic engineering at Royal Holloway, University of London, said in a statement. “We’re very excited to be able to share the sound with people for the first time in 3,000 years.”In 2016, a team of researchers transported the mummy from England’s Leeds City Museum to the Leeds General Infirmary to undergo a CT scan, which confirmed that a significant part of the structure of Nesyamun’s larynx, commonly called the voice box, and throat remained intact.From the CT images, researchers were able to measure the mummy’s vocal tract shape, create a digital reconstruction of the airway based on those measurements and then reproduce it through 3D printing.The team then connected their model to an electronic larynx and loudspeaker so Nesyamun’s voice could be synthesized. The result was a single vowel-like sound, similar to the vowels heard in the English words “bed” and “bad.”The study notes that “this acoustic output is for the single sound for the extant vocal tract shape; it does not provide a basis for synthesizing running speech,” and “to do so would require knowledge of the relevant vocal tract articulations, phonetics and timing patterns of his language.”Still, it’s believed to be the first time such a technique has been successfully used to recreate the voice of a dead person.”Ultimately, this innovative interdisciplinary collaboration has given us the unique opportunity to hear the sound of someone long dead by virtue of their soft tissue preservation combined with new developments in technology,” the study’s co-author Joann Fletcher, archaeology professor at the University of York, said in a statement. “And while this has wide implications for both healthcare and museum display, its relevance conforms exactly to the ancient Egyptians’ fundamental belief that ‘to speak the name of the dead is to make them live again.”Nesyamun lived in Thebes, now modern-day Luxor, during the politically volatile reign of Pharaoh Ramses XI, and researchers say his voice would have been crucial to his work as both a priest and scribe.”So given Nesyamun’s stated desire to have his voice heard in the afterlife in order to live forever,” Fletcher said, “the fulfillment of his beliefs through the recreation of his voice allows us to make direct contact with ancient Egypt by listening to a voice that has not been heard for over 3,000 years, preserved through mummification and now restored through this pioneering new technique.”Copyright © 2020, ABC Audio. All rights reserved.