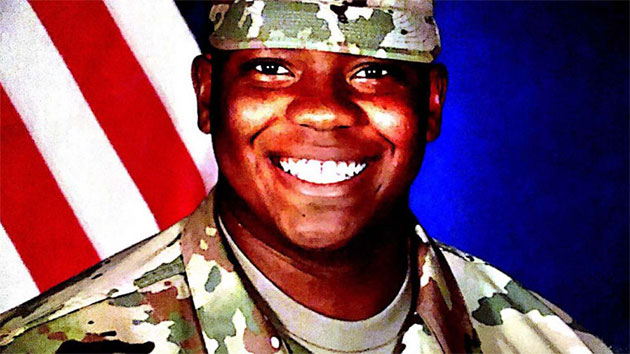 U.S. Army(WASHINGTON) — A 22-year-old U.S. Army Reserve soldier serving in Syria has died from injuries he sustained in a vehicle rollover accident.Spc. Antonio Moore was conducting route clearance operations as part of Operation Inherent Resolve in Deir ez-Zor Province in eastern Syria when he died Friday, according to the Army. It was his first deployment.Moore, who is from Wilmington, North Carolina, enlisted in the Army in 2017 as a combat engineer, officials said. He was assigned to the 346th Engineer Company, 363d Engineer Battalion, 411th Engineer Brigade, in Knightdale, North Carolina.“The 363rd Engineer Battalion is deeply saddened at the loss of Spec. Antonio Moore,” Lt. Col. Ian Doiron, 363rd Engineer Battalion commander, said in a statement Saturday. “Antonio was one of the best in our formation. He will be missed by all who served with him. We will now focus on supporting his family and honoring his legacy and sacrifice.”Moore’s awards and decorations include the National Defense Service Medal and the Army Service Ribbon. He is survived by his mother, stepfather, three brothers and a sister.The accident is under investigation. Copyright © 2020, ABC Audio. All rights reserved.