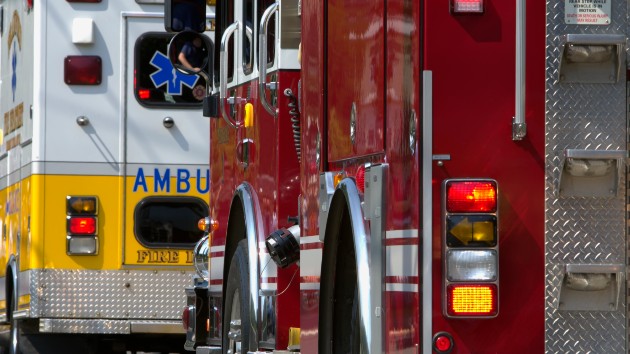 pkazmercyk/iStock(SCOTTSBORO, Ala.) — At least eight people died Monday morning when a massive fire swept through a dock on an Alabama lake and destroyed 35 boats, authorities said.The ferocious blaze broke out around 12:40 a.m. at a marina at the Jackson County Park in Scottsboro and rapidly spread, Scottsboro Fire Chief Gene Nicklaus said at a news conference.In addition to the eight bodies recovered from the water, seven other people were injured and taken to area hospitals, Nicklaus said. He said the injuries were minor. Nicklaus said a team of divers was searching the waters for more victims.”We’re going to put every resource into ensuring that every vessel and every piece of this lake that we can reasonably suspect is clear. We don’t want anybody unaccounted for,” Nicklaus said. He said the 35 vessels that burned ranged from 20-foot pontoons to 40-foot houseboats that some people were using as their permanent residence. It remained unclear how many people were on the boats and the dock when the fire broke out.”That proved difficult because of the nature of people coming and going off of houseboats and not knowing how many people were staying with who,” Nicklaus said. Video footage showed a long dock with flames shooting from what appeared to be a row of houseboats.Nicklaus said when firefighters arrived, 30% of the dock was engulfed in flames. He said firefighters initially confronted “substantial access problems” in reaching people trapped by the flames.Some people escaped the fire by jumping into the frigid water, he said, and some boats sank at the dock while others broke from their moorings and sank in the lake. Nicklaus said that 17 different agencies, including the Jackson County Sheriff’s Office and neighboring fire departments, responded to the scene.The cause of the fire is under investigation by the Alabama State Fire Marshal, Scottsboro fire investigators and police, and the federal Bureau of Alcohol, Tobacco, Firearms and Explosives. Copyright © 2020, ABC Audio. All rights reserved.