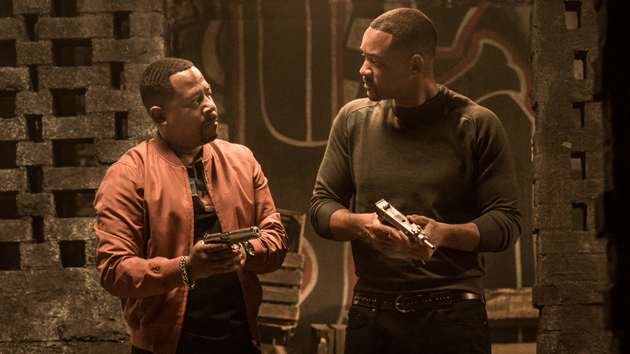 Ben Rothstein/© 2019 CTMG, Inc. (NEW YORK) — It wasn’t much of a contest between Bad Boys for Life and newcomer The Gentlemen in the weekend box office.

Bad Boys for Life, the third movie in the Martin Lawrence Bad Boys franchise, easily took the top spot with a $34 million haul in its second week.  Overall, the R-rated comedy starring Will Smith and Martin Lawrence grossed $120.6 domestically.

Rising to second place thanks to its Oscar momentum was World War I drama 1917. The Sam Mendes-directed film, which stars George MacKay, Dean-Charles Chapman, Colin Firth and Benedict Cumberbatch added an impressive $15.8 million domestically in its fifth weekend. Worldwide, its earnings have topped $200.5 million.

Falling to third place this week is the Robert Downey Jr. led Dolittle with $12.5 million.

The weekend’s only other newcomer, horror flick The Turning scraped up a meager $7.3 million sixth-place finish.

Rounding out the top five was Jumanji: The Next Level with an additional $7.9 million.