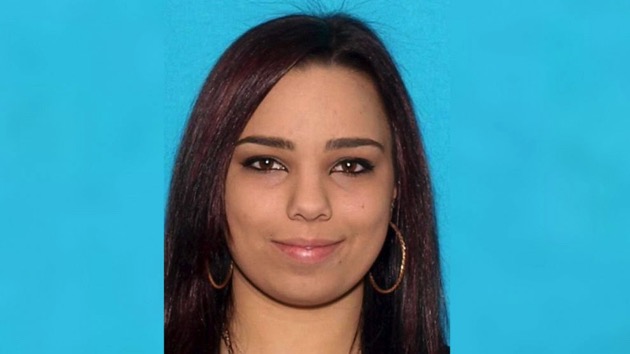 Monmouth County Prosecutor’s Office(OLD BRIDGE, N.J.) — The ex-boyfriend of a 25-year-old woman who vanished last October, Stephanie Parze, was named Monday as a suspect in her murder. However, he won’t be prosecuted as he died by apparent suicide months ago.Parze, of Freehold Township, N.J., was last seen on Oct. 30, sparking a months-long search organized by her grief-stricken parents. Her body was found in a wooded area of nearby Old Bridge on Sunday afternoon, according to officials.Parze’s ex-boyfriend, John Ozbilgen, who was initially named a person of interest in her disappearance, was arrested on unrelated child pornography charges in November.Investigators zeroed in on Ozbilgen in early-to-mid November, but were waiting for some “evidence to come though,” including de-encrypting cellphones, Monmouth County Prosecutor Christoper Gramiccioni said at a news conference on Monday.Then, Ozbilgen was found dead on Nov. 22.Investigators did find a suicide note which Gramiccioni said “reaffirmed” Ozbilgen’s “responsibility” for her death.In the note, he wrote “he had had enough and that he could not do life in prison” and that “this was the only choice,” Gramiccioni said (it was not clear what “this” was referring to).Ozbilgen wrote that what his parents would hear in the news was true, except for the child pornography charges, Gramiccioni said.However, “in that note he never disclosed where he disposed of Stephanie’s remains,” Gramiccioni said.While the Parze family “was aware of our investigative conclusions,” Gramiccioni said, “we held off on notifying the public because we were still working on finding Stephanie.”No one other than Ozbilgen is believed to be involved, Gramiccioni said.Parze’s cause of death has not yet been confirmed by the medical examiner’s office, Gramiccioni said.Parze was last seen around 10 p.m. on Oct. 30 when she left her mother’s house to drive the few miles home, family spokesman David Mound told ABC News in November.”She actually sent out a Snapchat when she was on the way home, which is the last communication that we have from her,” Mound said.Prosecutors believe Ozbilgen killed her in the early hours of Oct. 31, Gramiccioni said.”Our family is devastated,” Parze’s father, Ed Parze, said at Monday’s news conference, overcome with emotion.Ed Parze said his family plans to launch a foundation to bring “awareness to battered women and missing people,” he said, calling it “an epidemic.””Our lives are never gonna be the same,” Ed Parze said, but he added, “Stephanie is home, she is coming home at last.”Copyright © 2020, ABC Audio. All rights reserved.