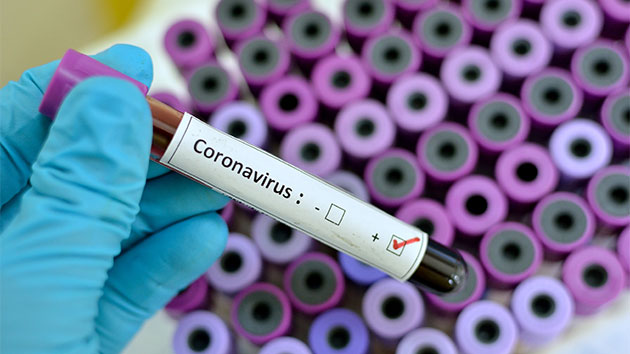 jarun011/iStock(NEW YORK) — The Trump administration is being urged to declare a formal public health emergency as a fifth case of the deadly coronavirus in the United States was confirmed and the death toll from the disease rose to 80 in China, where officials cautioned that the spread of the never-before-seen illness appears to be getting stronger.Sen. Chuck Schumer, D-N.Y., is asking Health and Human Services Secretary Alex Azar to declare a public health emergency to free up money for the Centers for Disease Control and Prevention to battle the virus before it becomes an American pandemic.”If we have learned anything from the risks the new viruses pose to public health, it is a ‘stitch in time saves nine,’ and the more we can do to be proactive, the better off the public will be,” Schumer said during a news conference on Sunday.“The CDC has been doing a tremendous job so far at being proactive and working around the clock to protect public health, but if we are going to make sure they can sustain this pace and remain at-the-ready should the outbreak get worse, they will need immediate access to critical federal funds that at the present time they remain unable to access,” Schumer said. “That is why, today, I am urging HHS to follow the CDC’s proactive lead: declare a formal public health emergency for the coronavirus.”Schumer’s request comes as the latest U.S. cases of the virus were announced over the weekend. A patient in Arizona and two in Southern California tested positive for the virus, which has caused worldwide alarm, officials said.Health officials in Orange County, California, and Los Angeles County announced they are each treating one patient for the virus. The patient in Arizona is a student at Arizona State University but does not live in university housing, according to the Arizona Department of Health Services and the Maricopa County Department of Public Health.The Orange County, Los Angeles County and Arizona patients, who were not identified, had all recently returned to the United States after traveling in Wuhan, China, the epicenter of the illness, authorities said. All three patients were in isolation at undisclosed hospitals, officials said.The local officials are working with the CDC and the California Department of Public Health to reach people who have come in close contact with the patients.”There is no evidence that person-to-person transmission has occurred in Orange County. The current risk of local transmission remains low,” Orange County officials said in a statement.The California cases follow one near Seattle, where a man in his 30s was hospitalized after being diagnosed with the coronavirus, officials said. Tests also confirmed that a woman in her 60s in Chicago had contracted the disease, officials said. Both patients had recently traveled to China.Health authorities in Texas are investigating a suspected coronavirus case in a Texas A&M student, according to the local health department. The student, who recently traveled to Wuhan, went to an emergency department Wednesday with a cough and congestion.Surveillance for the coronavirus at international airports in the U.S. has intensified, with airports in New York, San Francisco, Los Angeles, Atlanta and Chicago screening travelers from Wuhan.Symptoms of the coronavirus resemble pneumonia and include difficulty breathing, fever and lesions on the lungs, which are revealed through chest X-rays, according to the CDC. Other symptoms mirror the flu and include a runny nose, headaches, coughing, a sore throat and fever, according to the CDC.By comparison, influenza has killed 8,200 people in the United States, including 54 children, since the flu season began in October, according to preliminary estimates released by the CDC on Friday. The agency estimated that so far this season there have been at least 15 million flu illnesses with 140,000 of the cases prompting hospitalizations.Schumer said a recent budget deal he and Rep. Nita Lowey, chairwoman of House Appropriations Committee, negotiated boosted the federal Infectious Disease Rapid Response Reserve Fund from $50 million to $85 million.But the CDC cannot access the funds until the Department of Health and Human Services declares a public health emergency, Schumer said.“The critical thing about these specific dollars is that the CDC has full discretion,” Schumer said. “The agency can use them for whatever activities it deems appropriate, so long as they inform Congress. This kind of flexible funding needs to be unlocked now should this outbreak worsen.”The Public Health Agency of Canada announced on Sunday that the country is dealing with its first case of coronavirus in a patient in the Province of Ontario.”The patient who recently returned from Wuhan, China, is isolated and under care,” Canadian health officials said in a statement.Dr. Theresa Tam, chief public health officer of Canada, said the case was not unexpected.”Although we now have a case in Canada, the risk to Canadians remains low,” Tam said at a news conference.Besides Canada and the United States, health officials in France, Australia, Japan, Malaysia, Nepal, Singapore, Thailand, Vietnam and South Korea have confirmed cases of coronavirus.At least 80 people have died from the virus in China, and tests have confirmed that another 2,744 people in the country have contracted the illness.The majority of the cases have been found in Wuhan, the capital of Central China’s Hubei province and a city with a population of more than 11 million people. About 9 million people in the city have been put on lockdown as a precaution, Wuhan Mayor Zhou Xianwang revealed said at a news conference on Sunday.Meanwhile, authorities in Hong Kong have banned anyone who has been in the Hubei province in the last 14 days.Coronavirus, a family of viruses that include SARS, MERS and the common cold, can jump from animal to human hosts.Scientists have competing theories about the animal source behind the virus. In addition to bats, which scientists have speculated about since the beginning of the outbreak, and which were implicated in the SARS outbreak, a group of researchers published a paper last week, theorizing that snakes are the most likely reservoir behind the outbreak. Neither theory has been confirmed.